Skip to content
Windows 10X began as a streamlined operating system for the Surface Neo, a premium mobile device with two screens that opened like a book. Now Microsoft seems poised to use the OS to power laptop competitors to Google's highly successful Chromebook portables. Absent however is ContainerOS, the technology used to run 32-bit Windows applications under Windows 10X, according to a report. <a href="http://www.technewsworld.com/story/86766.html?rss=1">Source Tech News World</a>

Windows 10X began as a streamlined operating system for the Surface Neo, a premium mobile device with two screens that opened like a book. Now Microsoft seems poised to use the OS to power laptop competitors to Google’s highly successful Chromebook portables.

According to Zac Bowden, writing for Windows Central, a significant feature has been removed from the latest builds of the operating system. ContainerOS, the technology used to run 32-bit Windows applications under Windows 10X, is absent.

“I’m told that this is a deliberate change as the company moves to reposition Windows 10X as a platform designed to compete at the low-end, head-to-head with Chromebooks with web apps front and center,” he wrote.

Bowden noted that ContainerOS was removed from the OS due to battery life and performance issues.

“These low-end devices just aren’t powerful enough to virtualize legacy Win32 applications on top of Windows 10X without slowing things down,” he wrote, “which defeats the purpose of Windows 10X being a modern, lightweight version of Windows.”

Because releasing a version of Windows without legacy app support “is suicide,” Bowden explained Microsoft will be shipping Windows 10X with support for running legacy apps from the cloud, using a technology similar to Windows Virtual Desktop.

“They’ve learned from previous operating system releases that you have to have support for 32-bit apps,” observed Bob O’Donnell, founder and chief analyst at Technalysis Research, a technology market research and consulting firm in Foster City, Calif.

“Doing it over the Web is an interesting solution,” he told TechNewsWorld. “I’m curious to see if it actually works. It could be a clever solution to the problem.”

He added that supporting 32-bit apps via the cloud makes a lot of sense for a Microsoft Chromebook competitor because it allows Microsoft to focus on cloud-based performance while allowing the operating system to retain its compatibility with the huge base of 32-bit apps.

Microsoft may have backed off the idea of running Win32 apps in a container acting as an emulator because it proved to be too challenging, asserted Jack E. Gold, founder and principal analyst for J.Gold Associates, an IT advisory company in Northborough, Mass.

“Emulators aren’t the easiest things to do well,” he told TechNewsWorld. “Microsoft tried this with RT, which was never fully backwards compatible and that died after about two years.” Windows RT was a version of Windows 8 built for 32-bit ARM architecture released in 2012.

Kevin Krewell, a principal analyst in the San Jose, Calif. offices of Tirias Research, a high-tech research and advisory firm, maintained Windows 10X will benefit from not having to run Win32 apps locally.

“The elimination of Win32 support streamlines the Windows 10X operating system, which should improve power management and battery life for mobile devices,” he told TechNewsWorld.

“Windows 10X will likely be faster and more secure by eliminating those legacy applications,” he added.

Sriram Subramanian, the research director for the infrastructure systems, platforms, and technologies group at IDC, a market research company based in Framingham, Mass. pointed out that dumping Win32 support will reduce the footprint of the OS.

“It doesn’t need to include system libraries to support the legacy apps,” he told TechNewsWorld. 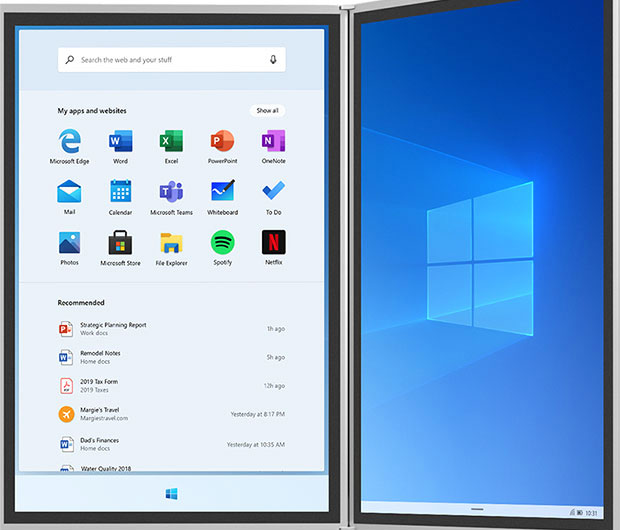 Ross Rubin, the principal analyst with Reticle Research, a consumer technology advisory firm in New York City, maintained that whether a Win32 app is being installed on lower-end hardware or if it’s streaming from the cloud, there’s the potential for performance degradation.

However, he told TechNewsWorld: “We’ve seen some impressive performance in terms of streaming high-resolution video games so a niche enterprise application should stream with pretty good performance.”

One of the problems with cloud-dependent laptops is what happens to them when they can’t connect to the cloud. “A lot of IT managers dislike workers not being able to access certain apps if they can’t get connected,” Rubin explained.

Win 10X users may also be challenged by a lag in application availability when hardware running the OS is launched next year. “Lots of favorite applications may not be available right way,” Subramanian noted.

He added that some native capabilities for applications may not be available either, such as data access and volume management.

“Microsoft has an app gap,” Rubin said. “Chromebooks can leverage Android applications. Macs can access iPhone and iPad apps. Microsoft doesn’t have access to that kind of broad mobile app library. They’re going to have to depend on streaming apps and web applications.”

“If you go to ARM, you get low battery weight and a thinner device, but you can’t run Win32 apps unless you put all this heavyweight software on it that slows down your machine and runs down your battery,” he told TechNewsWorld.

“The common connection under all of this is trying to get a version of Windows that will run on ARM and be lightweight and cool,” he continued.

“The challenge is Windows people want 10X to do all the things that Windows can do,” he said. “So there’s this back and forth about whether you put onboard the technology to emulate Win32 applications or you throw that overboard and do this streaming emulation of Win32 apps that requires an Internet connection and a data center somewhere.”

“The slimmed down Windows 10X will be a viable competitor to Google’s Chromebooks by being a smaller and more secure OS,” Krewell maintained.

“If you look at Microsoft’s weight in the market and it’s ability to spend money, it’s possible it will give Google a good run for its money,” Gillett said.

“There are a lot of variables,” Rubin added. “One of the problems Microsoft is going to have is driving enthusiasm for this kind of device among its own hardware partners, who are already making Chromebooks.”

Microsoft declined to comment to TechNewsWorld for this story.