Skip to content
It was believed earlier that Samsung is skipping the Galaxy M41 and moving straight to the Galaxy M51 because of display-related issues. Apparently, that’s not the case, as the Galaxy M41 has received 3C certification and its battery has also been spotted on the Safety Korea website (via SamMobile).

The listings reveal that the phone will carry a humongous 6,800mAh battery – the largest cell that has ever been seen on a Galaxy smartphone.

Since the M range is an entry-level series, chances are that it will only support charging speeds of 15W, which means it would take a long time to replenish a drained battery. That might not be a bad thing, as a lot of consumers actually prefer larger batteries over fast charging speeds because a higher capacity means the device will last longer on a single charge. 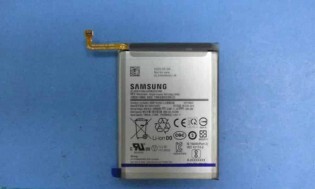 It’s also quite possible that the Galaxy M41 has indeed been shelved and this battery is actually meant for the Galaxy M51, which is shaping up to be a promising budget device.

Samsung is seemingly so keen on cutting costs that it’s procuring the device’s OLED panel from China Star OLED and not using its own screen, something which would be a first for Galaxy phones.
The handsets will likely be powered by the Snapdragon 730 SoC and offer 8GB of RAM and 128GB internal storage. It will probably feature a 6.5-inch pinhole display with an integrated fingerprint scanner and a headphone jack on the top. Also expected is a Galaxy S20-esque rectangular camera bump which will have a triple camera setup with a 64MP main shooter and an LED flash unit.

The Galaxy M51 will supposedly be in the neighborhood of $250 and will make a debut in September.