Frampton returns on Saturday night in London, when he faces Darren Traynor.

Should he win, the plan is to match Frampton against Herring before the end of the year.

Frampton will attempt to become a three division world champion. 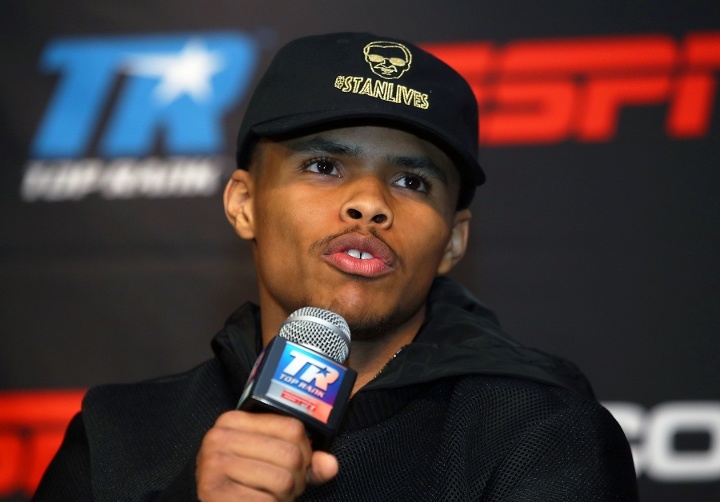 He has a lot of respect for Frampton, but he believes the Irish star is a bit too small for the weight division.

“With all due respect, if Carl Frampton end up winning that [Herring] fight, then I’m going to whoop his ass for Jamel, we’ll see,” Stevenson told BT Sport.

“Carl Frampton is a good fighter though. I just think he’s too small. I saw him in person, he’s real small. He’s too small, it would be hard with someone like me in front of him that knows distance and really is as skillful as I am. He is pretty skillful himself but I think my skills are [higher]… with all due respect to him.”

Frampton was not bothered by Stevenson’s comments when advised.

“What I was always told about height was that we’re all the same height lying down so it doesn’t matter. He’s a very, very skillful fighter. But everything has to come into plan in a fight it’s not just about skill level, there’s so many other things. He’s a terrific fighter but I want to be a world champion,” Frampton said.

“If he has a world title and that’s the route that I have to take then I’m happy to take that fight. He’s a young kid isn’t he? And he’s very, very confident, obviously. He was complimentary there too. He’s amazing fighter, an amazing fighter.”