Armed with two desirable options, Ryan Garcia has chosen the path he prefers to travel.

Now comes the part of the involved promoters securing a deal to put this matter to bed altogether.

The unbeaten lightweight contender has accepted an invitation by the World Boxing Council (WBC) to enter talks for an interim title fight with England’s Luke Campbell. The fight was ordered by the WBC on July 1, with García—after discussing with his promoter, Golden Boy Promotions—agreeing to take part in the first of a series of lightweight fights sanctioned by the WBC.

“Golden Boy has confirmed Ryan Garcia’s participation in the fight [versus] Luke Campbell,” Mauricio Sulaiman, president of the WBC announced on Monday. “Great tournament in the lightweight division.” 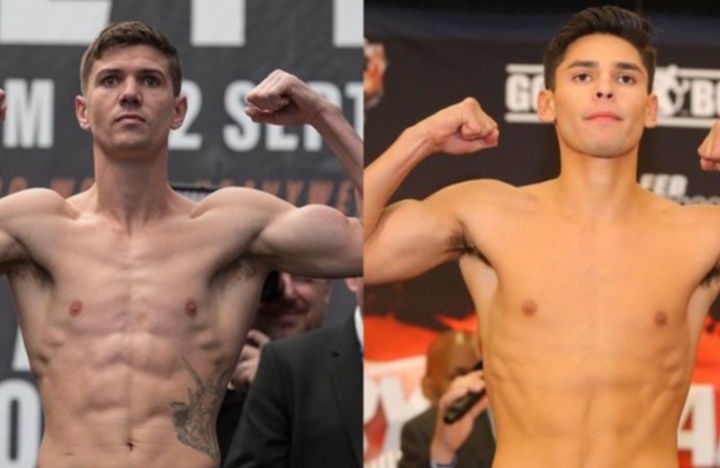 The two sides will have until the end of July to agree to terms for the bout, where the winner will be in line for a shot at reigning WBC titlist Devin Haney (24-0, 15KOs).

García (20-0, 17KOs) made his choice after spending the weekend pondering a path that would instead lead him to the World Boxing Organization (WBO) title currently held by Vasilily Lomachenko. The WBO announced over the weekend its plans to invite the top-ranked lightweights to vie for the mandatory position, officially ordering an eliminator between Garcia—the number-two contender—and Ghana’s Emmanuel Tagoe (31-1, 15KOs)—number-three—on Monday.

The declaration made on Monday evening now provides the WBC with the last of three fights it has blessed in the past few days. The Mexico City-based sanctioning body will have its “Diamond” title at stake for a clash between former multi-division titlists Javier Fortuna (35-2-1, 24KOs) and Jorge Linares (47-5, 29KOs), to take place August 24 live on DAZN from Fantasy Springs Resort Casino in Indio, California.

Fortuna is already the mandatory challenger and was under the impression that a win over Linares will lead to a straightaway shot at Haney. The Dominican southpaw was originally ordered to face Campbell for the interim title before changing plans to instead face Linares.

Language from the WBC suggests that the winner of García-Campbell would be first in line for a shot at the real crown.

Meanwhile, an opponent still needs to be secured for Haney (24-0, 15KOs) whose title reign was restored via email earlier this year.

The unbeaten Las Vegas-based lightweight was on the shelf for six months recovering from shoulder surgery to repair an injury sustained in a 12-round win over Alfredo Santiago last November. At the time, Haney was due to honor his mandatory obligation versus Fortuna, before agreeing to vacate his title in exchange for “Emeritus” status which would guarantee a direct shot at the belt upon returning to the ring.

Fortuna and Campbell were first due to vie for the vacant title on April 17, only for the card to get canceled due to the ongoing coronavirus pandemic. Efforts to reschedule in the form of an interim title fight instead led the top two contenders to travel in separate directions.

Campbell (20-3, 16KOs)—a 2012 Olympic Gold medalist from Hull, England—has not fought since a 12-round loss to Lomachenko in their three-belt lightweight title fight last August in London. Among the slew of belts was the then-vacant WBC title, which Ukraine’s Lomachenko (14-1, 10KOs) exchanged for the sanctioning body’s “Franchise Champion” tag, leading to Haney’s first appointment as WBC champ.

García is the only one among the lot to have fought at least once in pandemic-stricken 2020. The 21-year old from Victorville, California was brief in his ring time, blasting out two-time title challenger Francisco Fonseca in one round this past February in Anaheim.

Had García chosen to move forward with talks for a bout versus Tagoe, it would have positioned the winner for a direct shot at the three-belt unification clash between Lomachenko and Teofimo Lopez (15-0, 12KOs). Should García abandon those plans altogether, Tagoe will be ordered to face the next highest available contender, which presently is Ukraine’s Denys Berinchyk (13-0, 9KOs).