Former four division world champion Roy Jones, 51-years-old, would be open to the idea of returning to the ring for an exhibition fight with former heavyweight champion Mike Tyson.

In the last few months, Tyson has been releasing various training videos and several times he expressed his desire to return to the ring in exhibition bouts to raise money for charity.

Tyson, 54-years-old, has been inactive since 2005, when he was stopped by journeyman Kevin McBride.

Jones, who once captured the heavyweight title in 2004, was last seen in the ring in 2018. 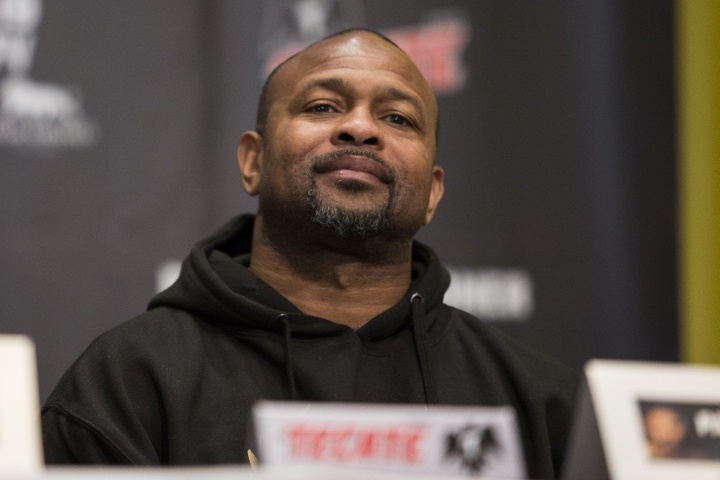 Tyson has yet to give hints on his first exhibition opponent.

He’s had no shortage of interested parties – with fighters like Evander Holyfield, James Toney, Riddick Bowe and Shannon Briggs raising their hands.

If an offer was thrown on the table, Jones would also raise his hand.

“Yes, it’s true – Mike is a legend. It would be crazy to receive an offer to enter the ring with him and refuse,” Jones told sports.ru.

“I had no intention of going back and fighting again but, for the sake of Mike Tyson, I agree to make an exception. For me, this is an opportunity that I cannot refuse. Of all those who wanted to go into the ring with him, he chose me. And since he did that, how can I say no?”

In a past interview, former two division champion Andre Ward had claimed that Jones rejected an offer of $40 million to fight Tyson in 2003.

“There was a Tyson fight on the table and I believe I’m accurate when I say that it was somewhere around $40 million guaranteed,” Ward told JRE Clips.

“There was an upside too. You stay at heavyweight, keep the weight on, and Tyson wasn’t quite Tyson at that time. He was still dangerous but he wasn’t quite Tyson. I think they were working towards it. What I heard was Roy wanted more money.

“Roy somehow said, ‘No, the fight will be there down the road,’ and put his attention to Antonio Tarver, and the rest is history. I wanted to see him fight Tyson and ride off into the sunset. One more and you’re out.”