A potential boxing match between Jones and Silva has been a topic of discussion for several years – with the cross-over contest never coming close to being a reality as the UFC would not allow it to happen.

On September 12 in California, Jones will enter the ring for an eight round exhibition fight against former undisputed heavyweight champion Mike Tyson. 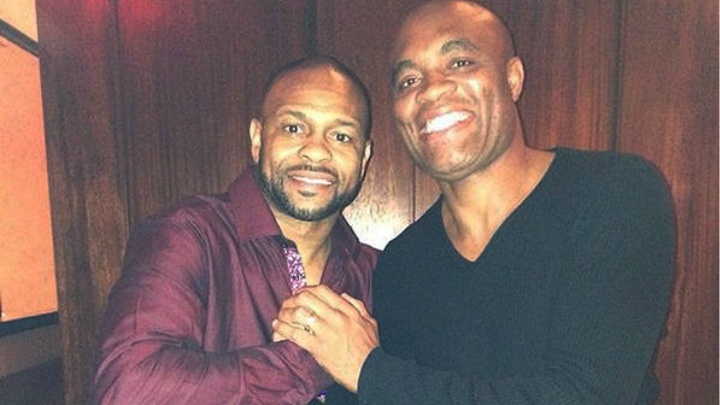 While Jones recently claimed that his upcoming fight with Tyson is a “one and done” return – he would bypass that position for a fight with Silva.

He believes fans would view that contest as a much more competitive encounter – due to their advanced years.

“People have been talking about Roy Jones Jr. vs. Anderson Silva in a boxing match for years, even before the McGregor-Mayweather fight happened. We were supposed to happen first. And, unlike that fight, Anderson has professional boxing experience. McGregor didn’t. So, this is much more of a competitive fight, especially with us being older. Now, because he has experience it is much easier for him to survive,” Jones said to MMA Fighting.