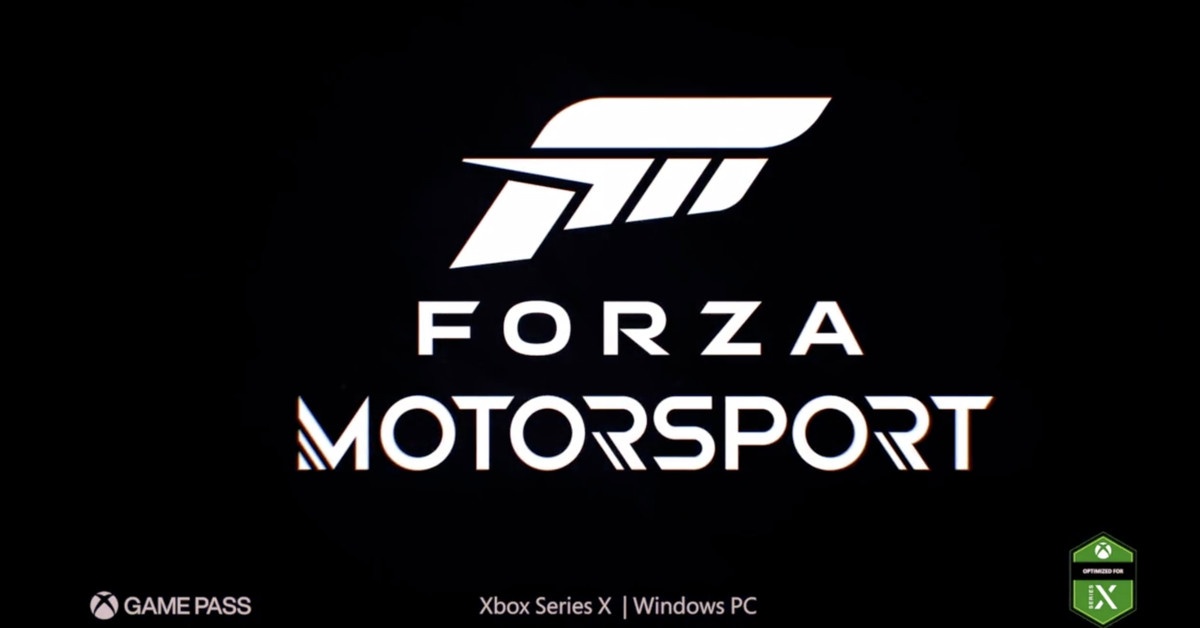 Did Microsoft convince you that you wouldn’t need next-gen hardware to play Xbox Series X games? Think again: fully half of the next-gen games that Microsoft showcased at its Xbox Series X showcase today, including Forza, probably aren’t coming to Xbox One.

Which suggests either some of those games aren’t actually coming out for a long time — or Microsoft has already broken a big promise it made just last week.

For years now, Microsoft has been working toward a future where you don’t need to buy the latest console to play the newest games — many now run on a spectrum of hardware including Xbox One, Xbox One S, Xbox One X, and Windows PCs — and the upcoming Xbox Series X was touted as the culmination of that vision. It will play almost every Xbox One game, as well as Xbox 360 and some original Xbox titles, and Microsoft has repeatedly telegraphed that many next-gen Xbox Series X games will run on 2013’s Xbox One, too.

You won’t be forced into the next generation. We want every Xbox player to play all the new games from Xbox Game Studios. That’s why Xbox Game Studios titles we release in the next couple of years—like Halo Infinite—will be available and play great on Xbox Series X and Xbox One. We won’t force you to upgrade to Xbox Series X at launch to play Xbox exclusives.”

“As our content comes out over the next year, two years, all of our games, sort of like PC, will play up and down that family of devices,” Booty explains. “We want to make sure that if someone invests in Xbox between now and [Series X] that they feel that they made a good investment and that we’re committed to them with content.”

Heck, here’s a third version of the promise from March, again with additional bolding:

We’re making the commitment to use Smart Delivery on all our exclusive Xbox Game Studios titles, including Halo Infinite, ensuring you only have to purchase a title once in order to play the best available version for whichever Xbox console they choose to play on.

But during today’s Xbox Games Showcase, first-party titles Forza Motorsport, Fable, Avowed, As Dusk Falls, Everwild and State of Decay 3 were all listed as coming to Xbox Series X and Windows PC specifically — with no Xbox One support and no Smart Delivery feature. Again, these are all games published by Microsoft’s Xbox Game Studios, and almost all created by developers that Microsoft owns.

To my mind, that only leaves three possibilities: 1) Microsoft broke a huge promise in record time, 2) Six out of the nine next-gen exclusives Microsoft showcased today won’t arrive until two years after launch, or 3) someone screwed up when making the presentation title cards for each game.

Neither of outcomes number one or number two are particularly promising — but everything we’ve heard from Microsoft today suggests it’s actually door number one.

“Our future Xbox Game Studios titles are being developed natively for Xbox Series X. We will continue to invest in tools for devs to scale across consoles. Which consoles each Studio/game can support will be based on what’s best for their game and their community at launch,” reads Microsoft’s statement to The Verge.

And when we asked Microsoft point-blank, yes or no, whether it’s still committed to the promise and whether the title cards were inaccurate, the company wouldn’t say. It pointed us to this tweet from Xbox marketing boss Aaron Greenberg, which doesn’t make things any clearer:

Future 1P titles are developed for Xbox Series X first. Not saying those games won’t ship on Xbox One, only that we are leading with Series X & each studio will decide what’s best for their game/community when they launch.

For a moment, it did seem like maybe the title cards were incorrect, because shortly after publication of this story, we saw that Avowed’s new website does include a mention of the Xbox One, as does a project page that mentions As Dusk Falls, and a site for Everwild.

But then, Greenberg replied to a question by Kotaku’s Stephen Totilo to say that the websites would soon be updated — suggesting that it was the websites, not the presentation, that was wrong.

Sure enough, as of 7PM ET, the Avowed and Everwild websites no longer list Xbox One. Clearly, Microsoft no longer wants to promise that its first wave of first-party games will actually make their way to earlier Xbox One consoles.

Here’s the full list of games that Microsoft showcased today, sorted by the consoles that their title cards said they’d support:

Update July 23rd, 6:17PM ET: With additional Microsoft comments and the removal of “Xbox One” from Avowed’s website.

Update, July 23rd, 7:00PM ET: Added that Everwild has removed mention of Xbox One from its product page as well.

Correction, 7:21PM ET: We originally wrote that all the first-party games were from developers that Microsoft owns, but while As Dusk Falls is published by Xbox Game Studios, its developer says it’s independent.