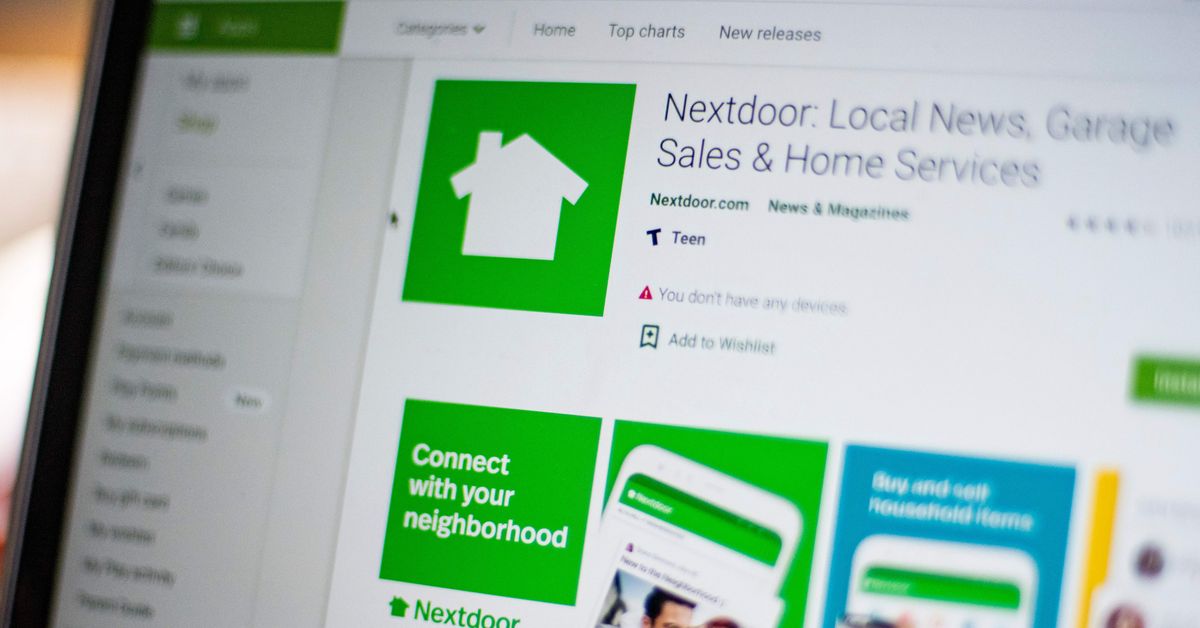 Neighborhood social networking app Nextdoor says it is discontinuing its Forward to Police feature which let users send message board posts directly to local police, Bloomberg CityLab reported. The site has been under increasing scrutiny for how it handles communications with law enforcement, and for how it handles racism among members on its app.

“As part of our anti-racism work and our efforts to make Nextdoor a place where all neighbors feel welcome, we have been examining all aspects of our product,” the company announced in a blog post. “After speaking with members and public agency partners, it is clear that the Forward to Police feature does not meet the needs of our members and only a small percentage of law enforcement agencies chose to use the tool.”

Black Nextdoor users have told The Verge that posts on the app often make them feel unsafe, and that volunteer moderators have silenced posts about Black Lives Matter protests. Nextdoor CEO Sarah Friar penned a blog post on June 11th titled “A Nextdoor Where Everyone Belongs,” saying the company was taking steps to improve diversity. “Racism has no place on Nextdoor,” Friar wrote.

The company also emailed its community leads —those who moderate conversations on the app— earlier this month specifically instructing them to allow discussions about Black Lives Matter. “To be clear, conversations related to racial inequality and black lives matter are allowed on Nextdoor,” the email stated. “At the same time, it is vital that all conversations remain civil — regardless of the topic.”

According to Bloomberg CityLab, Nextdoor apparently will keep in place other features that allow communication with police departments through the app, including the sending and receiving of direct messages.