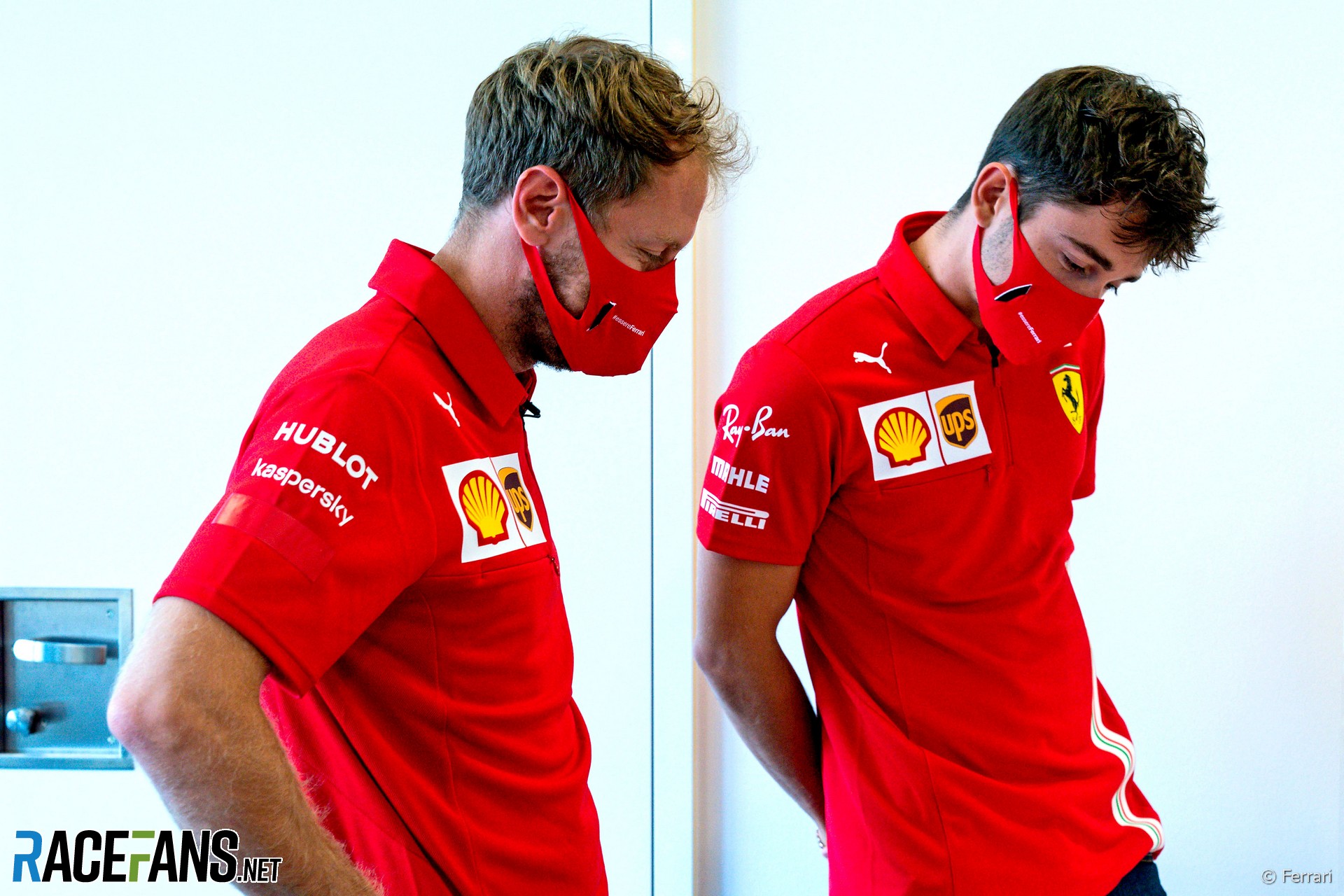 In the round-up: Ferrari team principal Mattia Binotto says his drivers will respect Formula 1’s Covid-19 protocols after both were warned for violating them.

Charles Leclerc was photographed attending a party in Monaco and not social distancing, while Sebastian Vettel was seen speaking to Red Bull team members without wearing a mask:

Obviously the instructions are for Charles and Seb. I think the entire team we need really to pay attention. We knew how important it is to be here and to race for the entire circus.

So I think that being distracted on the protocol is not great. We need really to be strict. So let’s really raise our concentration, our attention, really paying attention. I think both drivers understood that they did something wrong. I’m pretty sure that will pay more attention in the future.

Formula 1 has added a new grand prix to the 2020 F1 calendar at a track it has never previously visited for a race. The Tuscan Grand Prix Ferrari 1000 will be held on September 13th at Mugello.

|@F1 deleted 24 lap times for track limits violations today. In @FIAFormula3 qualifying David Schumacher was promoted from 22nd to 17th on the grid after a lap time which had been deleted was reinstated. Worth noting for tomorrow (if qualifying happens). #F1 #StyrianGP

The governor of Sao Paolo, Joao Doria, says this year’s Brazilian Grand Prix will go ahead at Interlagos.

Scott Dixon: “It’s awesome to have the fans back. There are different periods throughout the weekend that you notice the fans. Without them, it’s like turning up for a test.”

Tsunoda carries over free practice form for first F2 pole, ahead of Zhou and Ilott (F2)

“Yuki Tsunoda went fastest for the second session in a row to secure his first ever pole position in Formula 2, and Carlin’s first since round two last season. Guanyu Zhou came agonisingly close to taking it off him, running just 0.035s slower, with his teammate Callum Ilott only 0.085s off as well.”

Vesti surges to first F3 pole in Spielberg, ahead of Beckmann and Sargeant (F3)

“Frederik Vesti turned on the style to take pole position for race one on Saturday, as Prema once again dominated around the Red Bull Ring, taking three of the top four spots in a stop-start Qualifying session”

“The sport’s bosses are looking at Monza — with its wide, enclosed royal park — as the first race to make the leap back to normality.”

Zandvoort in F1 2020, The making of (Codemasters via YouTube)