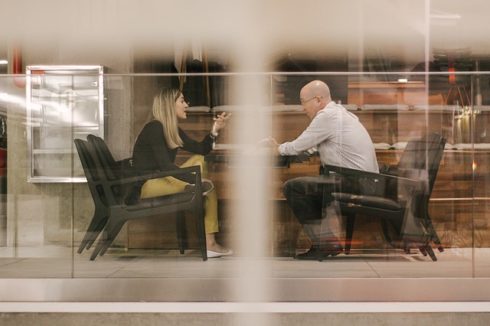 Since my introduction into the software development industry in 1999, there has been one theme underlying all our coverage of tools, processes and methodologies: Getting business and IT to work closer together.

At first, this divide was chalked up to the fact that the two sides did not speak the same language. The business side didn’t understand what was involved in producing an application, and the developers created applications based on unclear or imprecise requirements, which led to a lot of finger-pointing, misunderstanding and more bad communication.

RELATED CONTENT:
How to get from where you are to AIOps
The AIOps Buyers Guide

Today, as businesses go digital and releasing software no longer just supports the business but actually drives it, the need for the two sides to come together has never been greater. The need to engage and retain customers through software is a high-stakes effort.

There are now common collaboration tools that both sides can use for project tasks, progress tracking and more. A recent conversation I had with Serge Lucio, the general manager of the enterprise software division at Broadcom, led to a discussion of what the company is calling ‘digital BizOps.’

This concept links the planning, application delivery and IT operations at organizations by the use of tools that ingest data across the entire spectrum to provide a 360-degree view of what’s being produced and if it aligns with business goals. It uses automation to make decisions along the way that drive value.

Broadcom, Lucio said, is looking to deliver insights for the different parts of the organizations. For application delivery, Broadcom wants to give teams the ability to “release with confidence. That is, I have a release that’s ready to be deployed to production. Is it really ready? You have tests, you may have security violations. These are the numbers of data points that release engineers and operations teams are looking at to decide if it’s ready to go into production or not.”

At the planning level, where corporate higher-ups are deciding what the business needs, the questions are, is the release strategically aligned with business goals? Are we going to deliver on-time, and on-budget? They need data, for planning and investment management purposes, to ultimately see if what is in the works matters most to the business.

Then, Lucio explained, from the perspective of IT operations management, they need to triage problems to see which are most impactful on the business, and which are the highest priority to the business to resolve.

Some would say this looks a lot like AIOps. Others see some elements of value stream in this approach. Tom Davenport, a distinguished professor of information technology and management at Babson College who has spoken with Broadcom about BizOps, says the concept seems more aspirational than technological or methodological at this point, but has to goal of automating business decision-making. “I’ve done some work in that area in the past, and I do think that’s one way to get greater alignment between IT and business people,” Davenport told me. “You just automate the decision and take it out of the day-to-day hands of the business person, because it’s automated. But that’s a way you’re at least ensuring there’s a close tie between the information and the analytics and the actual decision, because it’s baked in.”

Davenport can see organizations automating decisions in areas such as human capital management. “You have more and more data now out of these HCM systems and you’re starting to see some recommendations about, ‘You should hire this person because they’re likely to be a high performer,’ based on some machine learning analysis of people we’ve hired in the past who’ve done really well. Or, they’re likely to leave the organization, so if you want to keep them, you might want to approach them with an intervention,’ an offer or enticement to keep them on board.

Some of that already is being done in marketing. “A lot of that, the offers that get made to customers, particularly the online ones — are almost all automated now,” Davenport explained.

Davenport pointed to an example of a casino hotel operator who had automated pricing on rooms, but that often was overridden by front-desk staff. So, they did a test. He explained: “Let’s see, do we make more money when we allow the front desk to override, and is there any implication for customer satisfaction? Or do we make more money with fully automated decisions? And it turns out, the automated decisions were better.”

There is some risk involved in letting machines make business decisions. But Davenport said if those decisions are driven by data, it’s not as risky as it might seem. “Use data to make the decision,” he said, “and use data to test whether it has a better outcome or not.”