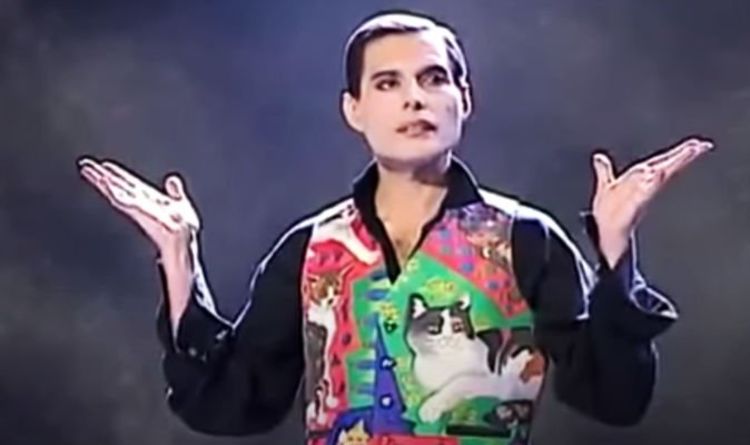 International Cat Day is marked by pet fans across the globe. Nobody loved his furry fans more than Freddie, who rehomed rescue cats throughout his career. He called home from tour to talk to them and made sure they were lavishly looked after in his will. He wore his favourite cat waistcoat (made by friend Donald MacKenzie) in his final Queen video, These are The Days Of Our Lives. He even wrote a song for his favourite feline, although many thought the song was about a woman.

Freddie’s partner Jim Hutton described in the memoir Freddie And Me the special place the cats had in the star’s heart.

He wrote: “Freddie treated the cats like his own children. He would constantly fuss over them, and if any of them came to any harm when Freddie was away, heaven help us.

“During the day, the cats had the run of the house and grounds, and at night, one of us would round them up and bring them inside.”

Jim took the last known photographs of Freddie, days before his death, in his garden – one of the cats, of course, by his side.

READ MORE: Freddie Mercury death: Why most of his possessions were destroyed

Freddie’s long-term girlfriend Mary Austin bought them the first pair of cats in the early 1970s.

Tom and Jerry were followed through the years by Tiffany, Dorothy, Delilah, Goliath, Lily, Miko, Oscar, and Romeo.

The cats would receive their own stockings at Christmas and when Freddie was on tour he would call home and Mary or his personal assistant Peter Freestone would hold the cats up to the receiver.

The album Innuendo includes a track written about the cat and named for her.

The lyrics of Delilah include the classic lines “when you throw a moody you’re all claws and you bite,” and “you make me slightly mad, when you pee all over my Chippendale suite.”

Smith said of the cat: “She was a real character, that lady… She was a bit of a bully to the others, but was always first on his lap, first for food.”

Hutton described Delilah as: “the little princess of their home, the one he’d pick up and stroke the most often.”