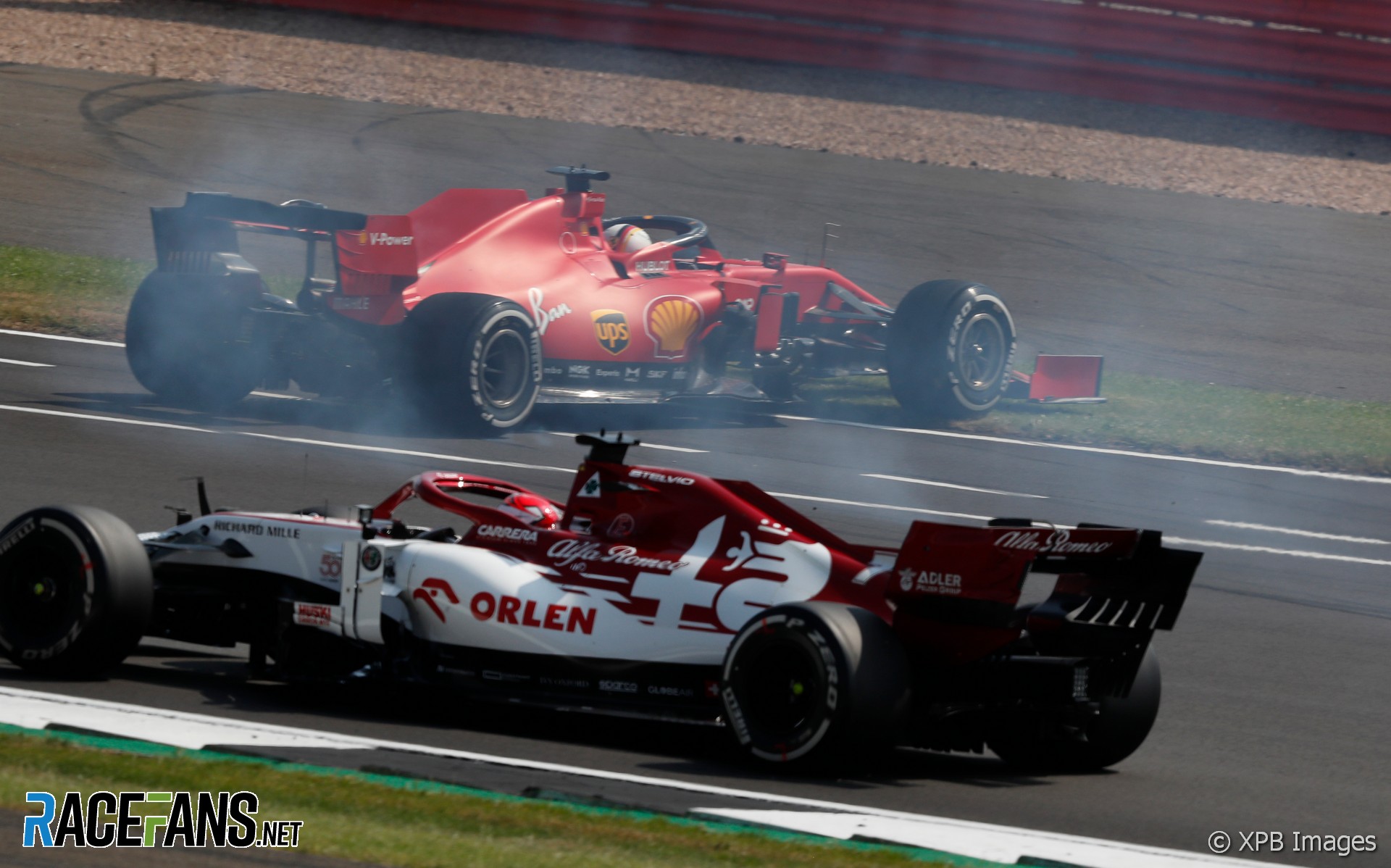 In the round-up: Ferrari team principal Mattia Binotto is open to changing Sebastian Vettel’s chassis to see if that solves the problems he has encountered in recent races.

Vettel finished 10th and 12th in the two races at Silverstone while team mate Charles Leclerc took third and fourth. Binotto was asked if he would consider replacing Vettel’s chassis:

I think we are open. If that is something that will help, why not? Whatever we can do to help is important.

As for Sebastian from a team point of view, from a driver point of view, to try to be better in the next races is important. So I’m open to do it. I will leave that obviously to the driver, to the team, to discuss on the side.

A special drive-in screening of the #AnniversaryGP at Mercedes-Benz World on Sunday was arranged by Heineken for a group of @NHSuk workers to thank them for their efforts during the pandemic.#F1 pic.twitter.com/YqYain19kO

“We have never been shy of taking calculated risks on different strategies and that has been one of our biggest strengths over the years.”

Guenther Steiner: “In my opinion tyres should not be the main focus in racing. They should be part of racing, but not the main focus. Hopefully, by introducing the new tire in 2022 – the 18-inch wheel, things change.”

“We know we have to qualify higher up the order. We’ll keep working on that area and hopefully it will pay off over the next couple of races.”