Roger Federer recently announced he had undergone surgery on his other knee. He made the statement on his social channels and expected to miss not only the American spring hardcourt events and the entire clay court season. Federer has been holed up in his Swiss Alps hideaway since surgery. His plan is to return for the grass court season in June.

A huge amount has happened over the past month. Corona virus seems to have taken over the world. Live sport seems to have almost all been cancelled and the return dates of sports seems to be put back time and again. Some say Federers hiatus from the game has been well timed given that most of the world seems to be on covid 19 lockdown. Despite his best efforts it looks as if Wimbledon 2020 could be cancelled. 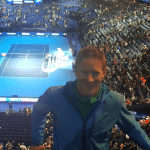