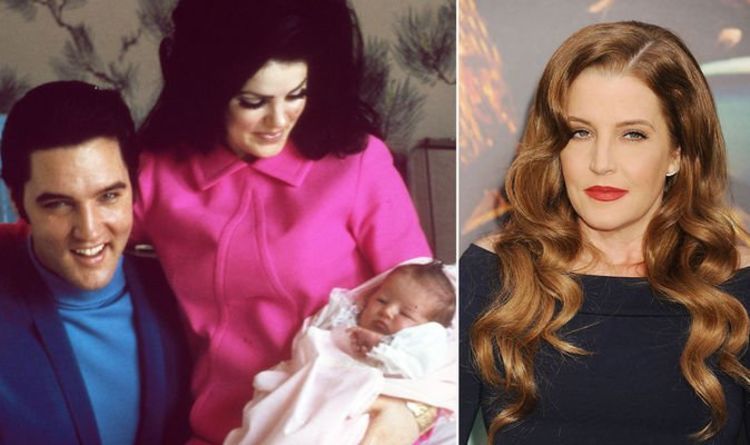 Lisa Marie was only nine when he father died. She must have had some idea he was famous, but could not have been prepared for the hysteria and crowds outside the gates of Graceland when his death was announced. And then, the following day tens of thousands of fans were allowed inside the house to pay their final respects to the open casket, which had been placed under the arch between the living and music rooms at the south end of the house. There was still time for some private time just for family and, in one quiet moment, Lisa Marie made a very special personal request.

Elvis’ father Vernon had asked the star’s hairdresser and spiritual adviser, Larry Geller, to cut and style his hair. The sideburns were redyed and make-up applied.

Vernon had overruled everyone and insisted on a public viewing so that the fans had their chance to say goodbye – and he wanted his son to look his best.

Estimates said the crowd outside stretched up to a mile back. It was 90 degrees and some fainted from the heat and emotion.

Inside, Priscilla and Lisa Marie had a final private moment with Elvis.

The little girl had a special last gift she wanted her to father to have with him always.

Funeral Director Robert Kendall later recounted that Lisa had approached the coffin but never raised her eyes to look inside.

Apparently she said: “Mister Kendall, can I give this to my daddy?”

She held out her hand and showed a thin metal bangle, a bracelet, but there was a problem which Kendall (and Priscilla) immediately spotted.

They tried to dissuade her but Lisa Marie was determined.

Priscilla Presley asked that the bracelet should be concealed beneath Elvis’s shirt sleeve. A precaution, in case any fan suddenly tried to take a last memento.

After the public was allowed in from 3pm an estimated 30,000 people filed through the house in just a few hours.

Although Vernon extended the viewing hours, not even half of those who waited outside were able to pay their respects.

The private funeral for family and friends took place at Graceland. An out of control car smashed into the gates of the mansion, killing two female fans and critically injuring another.

Over 80,00 people lined the route to Forest Hill Cemetery, where Elvis was laid to rest in the huge family mausoleum next to his mother.

Two weeks later on August 29, there was an easily (some say suspiciously) foiled attempt to dig up the body which gave Elvis’ family grounds to demand his coffin be moved to Graceland for security.

Permission was given on September 28 and Elvis’ body was moved permanently to Graceland on October 3.