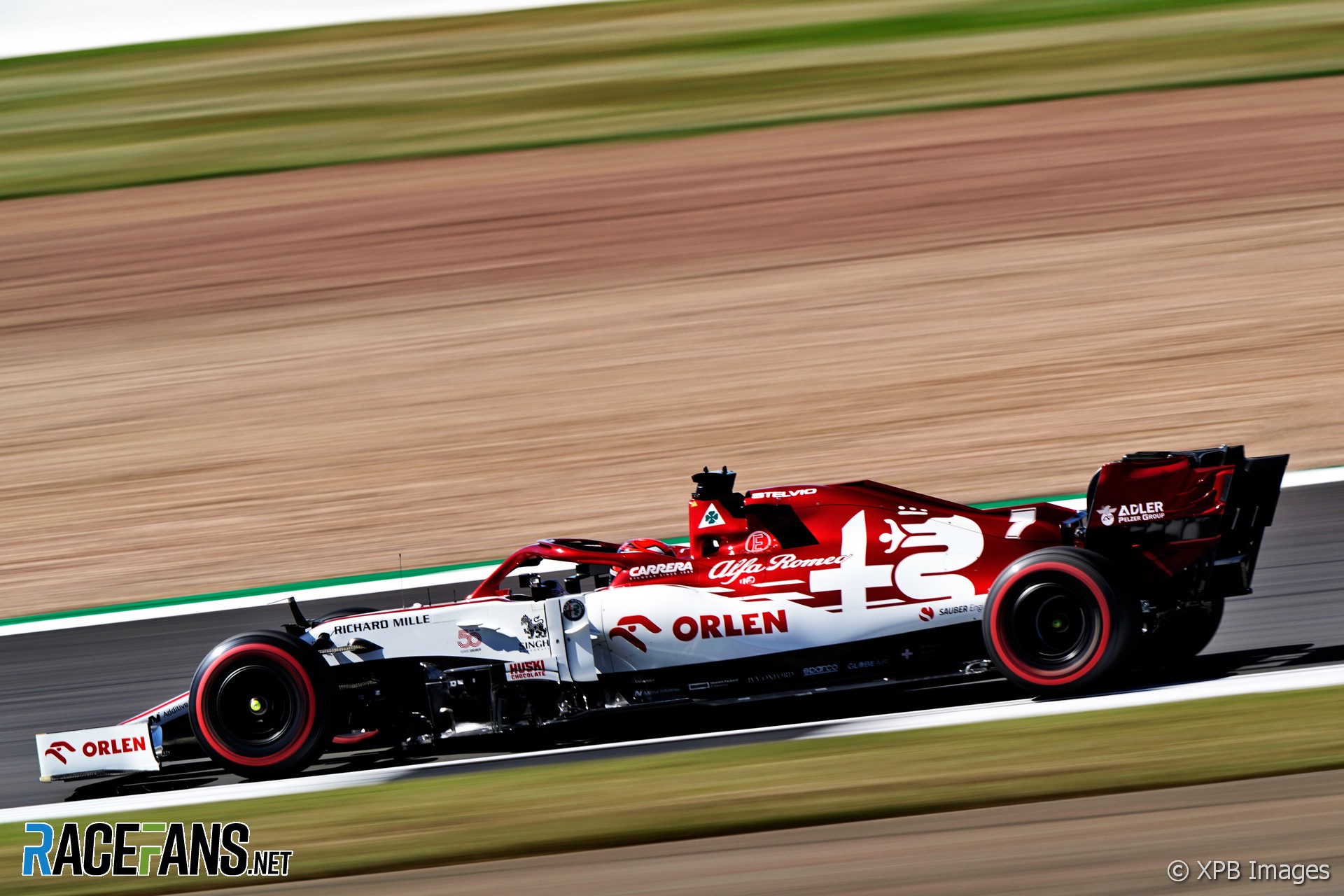 Kimi Raikkonen will line up last on the grid for the second time in three races as Alfa Romeo’s poor start to the 2020 F1 season continued at Silverstone.

The C39 has been the slowest car at every track the series has visited so far this year. It’s been a rapid reversal of fortunes for the team which had the fifth-fastest car at the end of 2018, when Raikkonen signed for them.

The team’s fortunes this year are closely tied to that of power unit supplier Ferrari, whose engines appear noticeably less potent than in 2019 following various FIA rules clarifications arising from their investigation into the Scuderia.

“It’s disappointing to be so far back when we gave everything we had,” said Raikkonen, who qualified last on Saturday. “But it is what it is right now. We struggle in qualifying and getting a better or worse lap means the difference between 16th and 20th, which is not that much of a change.”

As the compressed 2020 F1 calendar leaves little time to introduce updates, Raikkonen does not expect the situation to change in the near future.

“I don’t think there’s a simple solution to our issues, nor there is much you can do in a week or two, or else we would have done it already,” he said. “All we can do is [race], try our best and see where we end up.”

Despite Pirelli bringing softer tyres to this weekend’s race, none of the teams are lapping any quicker than they did last weekend. However some differences are striking. AlphaTauri got within three-hundredths of a second of their best lap time from last week, while Ferrari are over a second slower. The hotter conditions may also be playing a role in this.

Go ad-free for just £1 per month