Last Tuesday at the MGM Grand’s Conference Center in Las Vegas, former WBO featherweight champion Oscar Valdez picked up a win in the super featherweight division with a stoppage of Jayson Velez in the tenth round.

Valdez has been training for his last few fights with Eddy Reynoso, who is best known for his longtime work with Mexican superstar Saul “Canelo” Alvarez.

The victory put Valdez on course to challenge WBC super featherweight world champion Miguel Berchelt, who most observers view as the favorite. 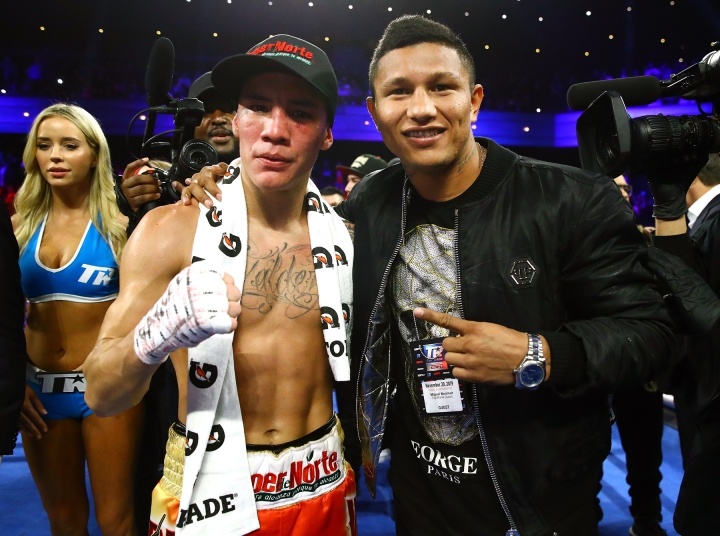 The man regarded as the greatest Mexican fighter of all-time, was not impressed with Valdez’s performance. He didn’t see enough to convince him that Valdez is capable of beating Berchelt.

“He lacked a little more aggressiveness and wasn’t punching as much. I thought he looked ordinary. That Oscar Valdez, the one I saw, I think is not enough to beat Miguel Berchelt,” said Chavez Sr. to ESPN Deportes.

Chavez Sr. explains that Reynoso is the perfect trainer for Canelo, but people can’t expect the veteran coach to transform every boxer he trains in the same manner.

“Eddy Reynoso is very good, but with Canelo. We are getting confused, because Eddy Reynoso is not going to do to other fighters what he’s done with Canelo’s style. He’s had Canelo since he was very young. Grabbing a fully mature fighter and trying to change his style will only change him a little, but it can also harm him. It really depends on the fighter,” said Chavez Sr.