Whyte, who holds the WBC’s interim-title, is the mandatory challenger to Fury’s title.

The WBC ordered last year, that Whyte would get his world title shot by February of 2021. 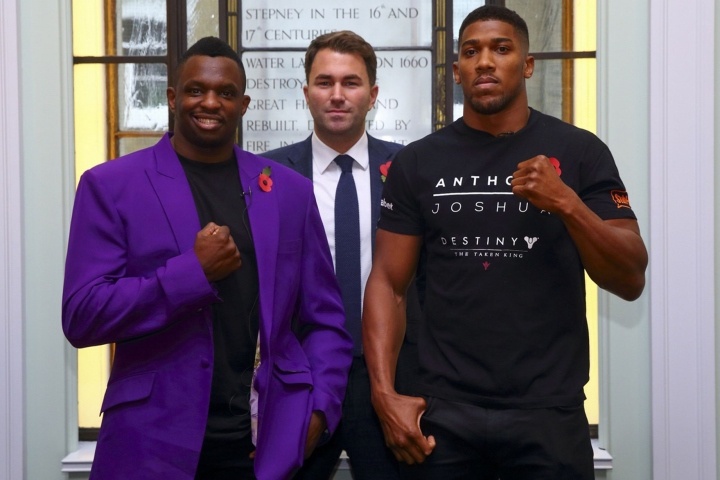 But Fury is far more interested in going in the direction of a unification with WBO, WBA, IBF, IBO heavyweight champion Anthony Joshua.

All three boxers have other obligations in the coming months.

Fury has a trilogy fight with Deontay Wilder on December 19th. Whyte faces former champion Alexander Povetkin on August 22, and Joshua has mandatory defense against Kubrat Pulev, which doesn’t have a new date as of yet.

Fury vs. Joshua is the biggest fight in the sport, but Froch explains that Whyte has been waiting for his mandatory shot for years.

“For Eddie Hearn, the promoter, and the TV broadcasters, Anthony Joshua is a bigger name in terms of crossover fans – so he’s obviously the bigger star and more people have heard of Anthony Joshua – a lot more people than Dillian Whyte, but that doesn’t take away from the fact that Dillian Whyte would give equally as tough a fight to Fury as [Joshua] would,” Froch stated on the Froch on Fighting podcast.

“[Joshua and Whyte] both pose their own threats to Fury in their own ways. Whyte’s waited his time, he’s WBC mandatory. When Fury beats Wilder, if he beats Wilder, he’s got to defend his WBC against Dillian Whyte, because it’s the fair and right thing to do and he’s been waiting so long – people do want to see that happen.

“It’s a great fight, I’d love to see Dillian Whyte take on Tyson Fury, but equally I’d love to see Anthony Joshua take on Tyson Fury. Who deserves the shot more? Whyte, most definitely. Whyte’s had a great run of opponents. He’s got better and better as he’s gone through the rankings and fought the people he’s fought to get to where he is. We want to see it, it’s just financially and commercially is what boxing’s all about, bottom line stops with the money. The AJ fight makes more sense for everybody involved.”