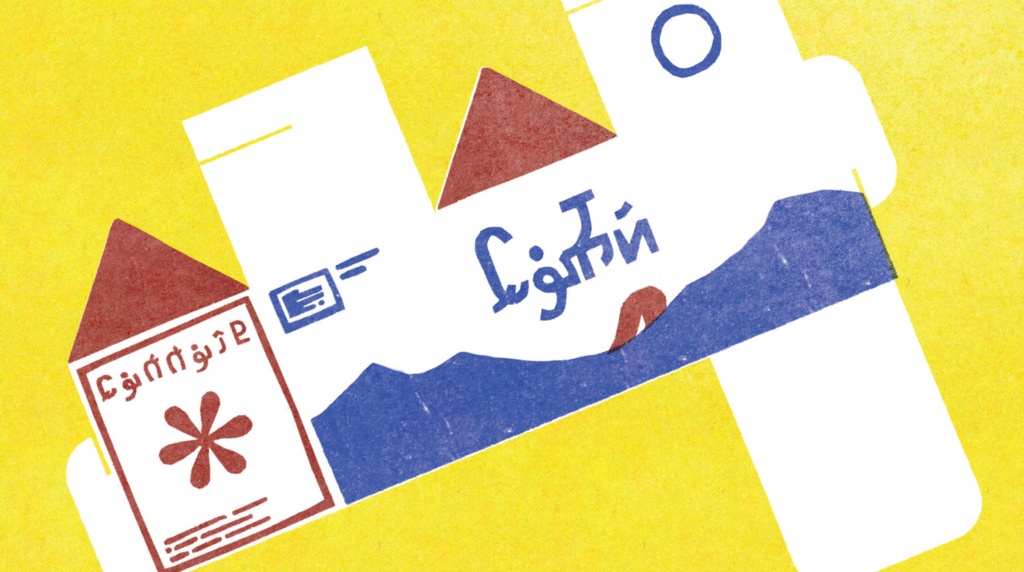 When designing games, Philipp Stollenmayer has a confession to make. “I’m easily bored,” he says. “And I just don’t want the player to be bored when I am.”

The German developer’s aversion to monotony has fueled a prolific number of creative and off-kilter titles over the years, including Sometimes You Die, Sticky Terms, and Bacon — The Game. 2019’s Song of Bloom goes further still. The Apple Design Award-winning puzzle game is enigmatic and ever-shifting, with a series of layered and intertwined levels that invite people to tap, shake, draw, and explore their device. 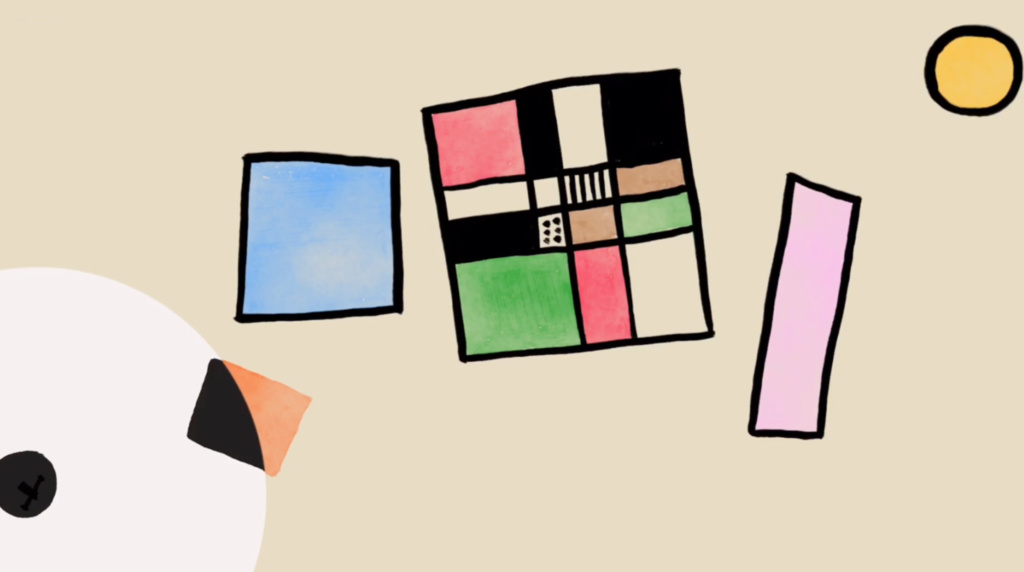 Song of Bloom’s puzzles range in style, design, and execution.

“It’s an abstract game [that develops] into something more understandable with time,” says Stollenmayer. “The more you get in the story, the more you discover and the more the interaction changes.”

This concept is a core part of his philosophy around game design: create an instantly graspable idea, then keep thinking, pushing, and inviting players go further. There’s no true ‘goal’ beyond the exploration of the narrative and the puzzles — in Stollenmayer’s words, the game is “user experience in its truest form.”

Song of Bloom grew from one of Stollenmayer’s vacation experiments. Having taken a looping video of waves on the beach while in Italy, he decided to try and add a new aspect to it with device rotation: when the video flipped, the water would fall out of frame. From there, “it just became a process of triggering new ideas and new experiments,” he says. 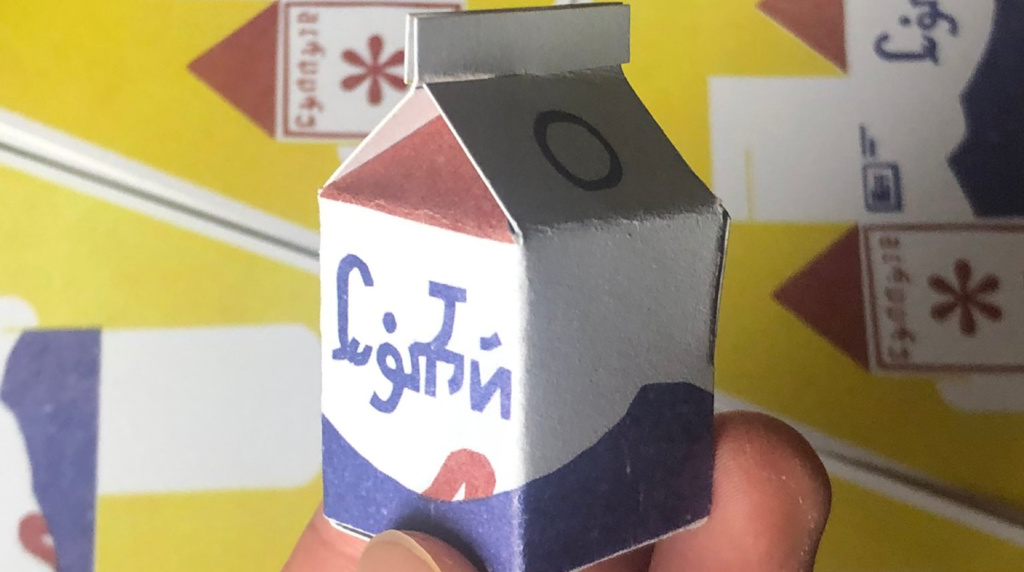 The milk carton from Song of Bloom, made real.

Unlike Stollenmayer’s other games, nothing is constant in Song of Bloom. “Not the elements, not the interaction, and not even remotely the style,” he says. One puzzle might look like a rough sketch, while others include hyper-realistic popcorn kernels. His favorite puzzle of the series? A stop-motion risograph-inspired milk carton.

There is always this doubt in the back of the mind if what you are seeing is real. This contributes a lot to the mood I am trying to convey.

Every image in Song of Bloom is computer-generated, the result of experimenting with code — sometimes with unintended results. “As a designer who isn’t the greatest programmer, my code usually creates visual errors,” says Stollenmayer. “On the way, I would let myself [be inspired] by my own faults.”

That included manipulating items to make them look more like how they might in a real-world setting. For example, one puzzle, which requires someone to virtually knit an item, includes the sort of stray holes and tiny offshoots that you might expect from a newer knitter. “Making digital versions without these faults is much easier,” Stollenmayer says. “But copying the faults creates moments where you ask yourself: Could this be real?”

He drew inspiration from immersive installations and puzzle games alike, including multimedia artists Laure Prouvost and Franz West and games like Blackbox, Device6, and Prune. “I look at a lot of art to get a sense for color, composition — but also how to control and transform surroundings,” he says.

I am interested in the between, where it all comes together, because in our world, nothing exists without context.

Each visual, haptic, motion, and verbal cue within the game is designed to get the player to explore that space and interact with its imagery. Because the puzzles are often highly abstracted, Stollenmayer used haptics to help guide people through the game — using them to signify mood in higher- or lower-stakes scenes or aid someone in evaluating potential solves. “Like in the real world, the player expects a reaction from every action,” Stollenmayer says.

One of his earliest concepts for transitioning between puzzles in Song of Bloom was that of someone blinking their eyes: Solve the puzzle or move to the main screen, and the entire screen blinks in and out.

Stollenmayer experimented with several multitouch gestures around that concept, including a pinch gesture, before settling on a button — a single curved line — in the corner. “I had to get it into the player’s mind,” he says. That meant creating something easily findable and understandable, and not adding gestures that might get triggered by chance during the exploration of a puzzle.

That thin curved line is one of the only pieces of consistent, persistent interface amidst Song of Bloom’s many artistic changes. “Like the home bar on full screen iPhones, it’s just there to remind you that [it] exists, without disturbing the running scene with any content or contrasting style,” Stollenmayer says. 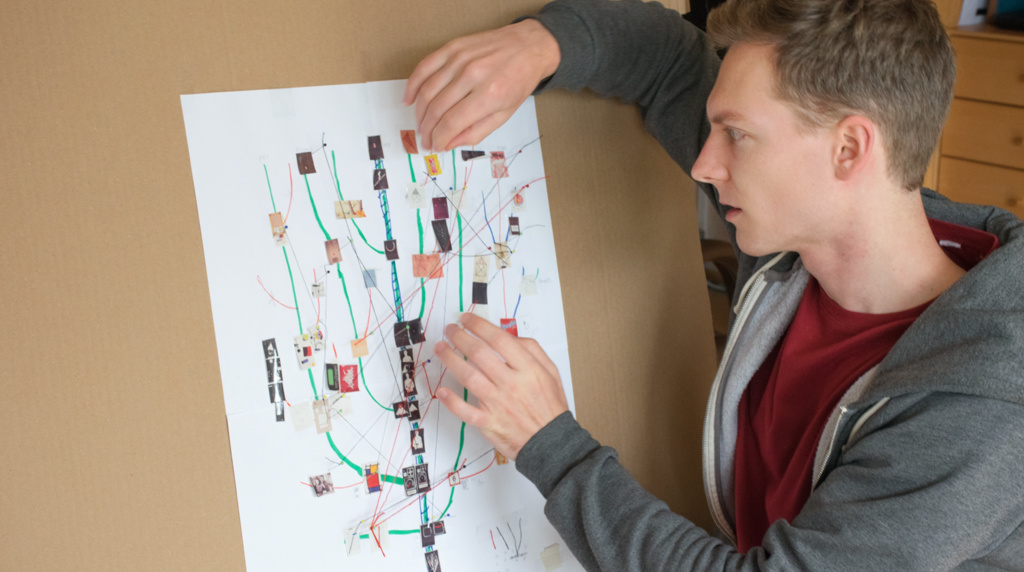 Stollenmayer with an early version of the Song of Bloom tree.

On tap, it allows people to return to the game’s main screen and view the branching tree of puzzles they’ve helped grow. This tree also serves as the game’s sole hint mechanism, letting people use long presses to peek at possible areas to focus on within the game. The more you play around with it, the more the story (and tree) grows and the more hints you discover. Along with original music, it’s this fertile combination of forces that earns the game its name.

With so many different art styles and creative influences, it’s amazing how effortlessly they all blend together in Song of Bloom. The story is important, of course, but for Philipp design is really about how it feels. Call Song of Bloom what you will — a game of personal discovery, a provocative tale of art and clues — for Philipp Stollenmayer, the goal is simply to play; to make people feel at once captivated and liberated all in the same hour-long session.

In Song of Bloom, you just play for the sake of playing. And this is what I was trying to achieve — to help the player get lost in his own interpretation.

Learn more about Song of Bloom

Learn more about Song of Bloom on the App Store