Apple’s Worldwide Developer Conference is an annual event during which Apple showcases its latest software developments and shows previews of upcoming products and features. As the name suggests, its main purpose is to familiarize programmers from third-party companies with the latest Apple operating systems.
Unsurprisingly, this year, the event will be held virtually, which means no guests at Apple Park in California. When it comes to content, however, Apple promises that this year’s WWDC will be packed with useful panels and workshops.

WWDC 2020 begins on June 22 with the traditional keynote speech and ends June 26. You can find more details about the schedule below.

Although it’s not as exciting as a new Apple product reveal, the software that will be running on the company’s future devices can tell us quite a bit about what they’ll be like. Actually, we expect to see some hardware products at WWDC this year. But now, one popular leakster suggests that Apple scrapped the announcements and there will be no new hardware products revealed at WWDC. Is that true? We’ll find out in mere hours.

Assuming there will be hardware after all, here’s what we expected to see during WWDC, based on leaks, rumors and some official sources:

While not exactly smartphone-related, the biggest announcement expected from this year’s WWDC is Apple’s transition to Arm chips for its notebooks and eventually desktop computers. If you’re not familiar with the matter, Arm chips are the type you can find in pretty much all mobile devices, while computers are powered by x86 chips.

The development of the Arm architecture and Apple’s excellence in designing chips based on it have apparently given Apple the confidence that the technology is mature enough to handle desktop-grade loads.

It will be interesting to see how far Apple has pushed the technology, so hopefully, we’ll get some specifics, including performance figures. Either way, Arm-powered Macs aren’t expected this year. What is expected, however, is…

The iMac is an iconic Apple product and has made its way to numerous homes and offices. And although Apple has been upgrading the internals of the iMac regularly, the design has remained almost unchanged since it was first introduced more than 10 years ago.

Now, rumors suggest that a redesign is finally coming and could well be announced during WWDC 2020. Don’t expect anything extraordinary in terms of looks, however; the new iMac is expected to follow the iPad Pro aesthetic, with equally-sized bezels all around the display. 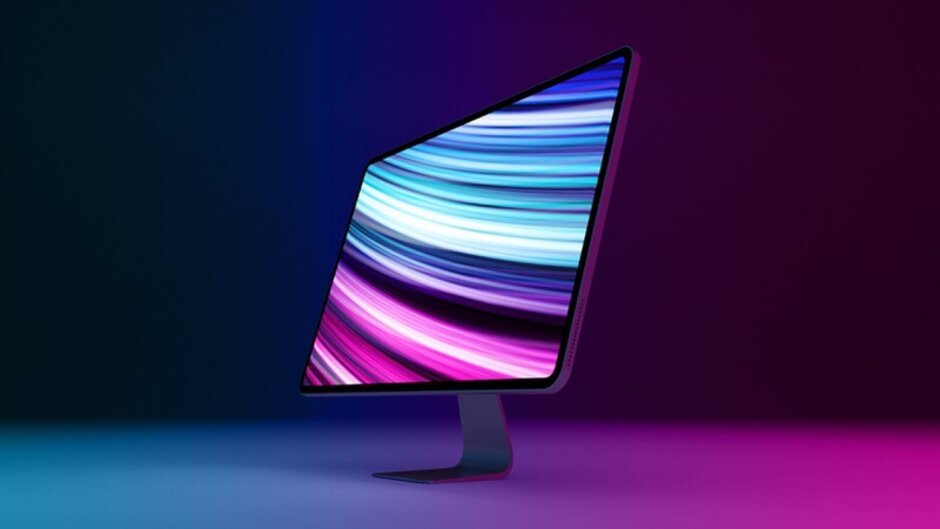 Concept render of the new iMac made by MacRumors.com

Another Apple product that’s been mentioned in rumors for a while might also be announced at this year’s WWDC: the AirPods Studio (unconfirmed name). These new AirPods will be Apple’s first over-the-ear headphones. Needless to say, they’ll be wireless and use Bluetooth and Apple’s proprietary chips for connectivity, although a Lightning cable should also be included for charging and wired audio connection.

Active noise canceling is a must if Apple wants to compete with Sony and Bose’s top wireless headphones, which means the price for the AirPods Studios could be around the $350 mark as well.

AirTags might be the least exciting new product that’s rumored to be announced. It’s also the one that you’re most likely to buy at some point, if you’re part of the Apple ecosystem. AirTags will be small devices that you can attach to whatever you want and be able to track its location through your iPhone, iPad or Mac. To do that, each AirTag will make use of Bluetooth, Wi-Fi and Apple’s own U1 chip for ulra-wideband connectivity. Basically, you’ll be able to look for your car keys through the Find My app. 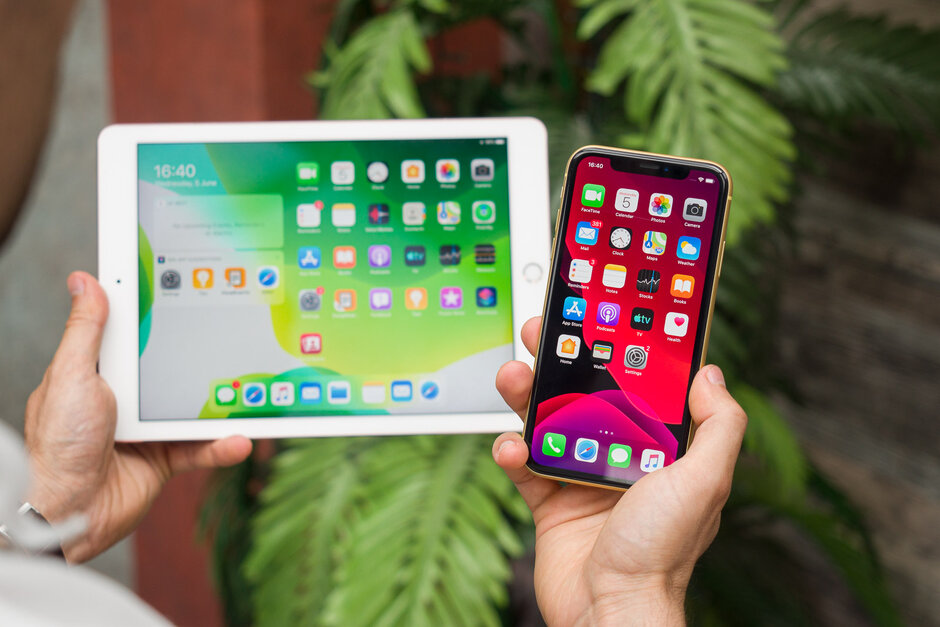 Every year, like clockwork, there’s a new version of iOS to come alongside the new iPhone in Fall. But while we’re not getting any official news about the phone anytime soon, Apple announces the operating system earlier to give developers time to make adjustments or incorporate new features into their apps.

With iOS 14, we don’t expect any major changes. iOS 13 has been buggier than usual and Apple is said to be focusing on stability and performance with iOS 14, rather than innovation. That doesn’t mean there won’t be new additions, of course.

Here are some new features expected in iOS 14:

Overall, the features are pretty self-explanatory. Once the official announcements are made, we’ll have posts with further details about everything new coming to your iPhone.

As you can see, Augmented Reality is being integrated even stronger within iOS, which makes perfect sense considering some iPhone 12 Pro models will come with LiDAR technology for extra-precise AR experience. And let’s not forget the mystical Apple Glasses. 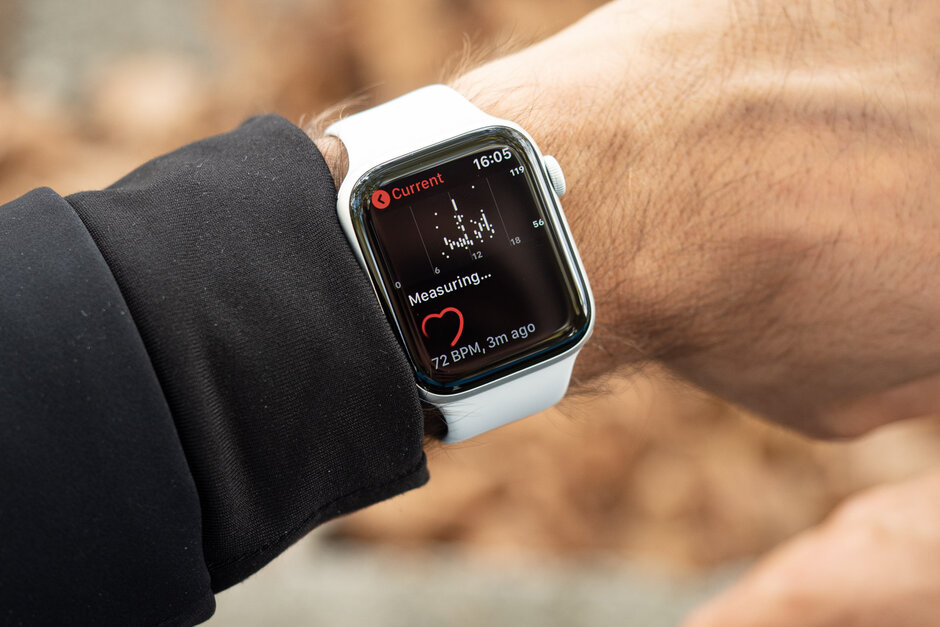 Apple’s smartwatches look almost identical between generations, but what they have inside and what software they’re running can make a huge difference in the way you use them. That’s why changes in watchOS 7 are quite important for the millions of Apple Watch users.

Here are some of the new features expected in watchOS 7:

Sleep tracking has been a main feature on smartwatches for years but it’s not yet on the Apple Watch yet. Rumors suggest that will change this year, so fingers crossed!

Kids mode will allow parents to pair a second (if they already have one) Apple Watch to their iPhone and have certain restrictions as to how it can be used.

When it comes to watchOS 7 compatibility with older Apple Watch models, the general consensus at the moment is that Apple Watch Series 3 and newer models will get the new operating system. However, some features might be limited to fewer models, depending on hardware requirements.

WWDC 2020 schedule and where to watch

As we mentioned earlier, WWDC 2020 begins with the Special Event Keynote on June 22 at 10 AM Pacific Daylight Time. That’s when all the major announcements will be made, so it’s definitely worth tuning in. You can watch it live directly on Apple.com, the Apple Developer app, the Apple Developer website, the Apple TV app, or YouTube.

The only other event on June 22 is the Platforms State of the Union panel at 2 PM PDT. On it, engineers will talk a bit more about what’s coming to iOS, iPadOS, macOS, tvOS, and watchOS. This event and the rest of the WWDC events will be available only on the Apple Developer app and Apple Developer website, for free.

From June 23 to June 26, there will be more than 100 engineering sessions where developers will get a more technical look into the upcoming changes and learn how to build their apps for Apple’s new operating systems.

During the same time, 1-on-1 Developer Labs will be held as well. For those, developers have to apply in advance and will be able to get “one-on-one technical guidance and in-depth details on how to implement new features”. For obvious reasons, recordings of those meetings won’t be made public.

And that’s pretty much it! Since most of us aren’t developers, the exciting part will be over in a day, but hopefully, there will be as many announcements as we expect and we’ll have a lot to talk about once it’s done.