Skip to content
August 2nd, 2018 was a red-letter day for Apple. The little company that was founded by Steve Wosniak and Steve Jobs in April 1976, was worth $1 trillion making it the first public company in the U.S. to hit that figure. And now here we are again, two iPhone cycles later, and the company has become the first publicly traded U.S. firm with a valuation of $2 trillion. However, by the end of the day, Apple’s valuation had fallen back under the two trillion dollar mark.

Apple closed at $224.37 on March 23rd when the pandemic first started making its presence known in the U.S. At today’s close of $462.83, the stock has more than doubled in almost five months. Just last month, Apple’s valuation surpassed that of state-owned oil giant Saudi Aramco making the tech giant the most valuable publicly traded company in the world. Hitting the $2 trillion mark comes after Apple reported record revenue of $59.7 billion during its fiscal third-quarter earnings report released on July 30th. 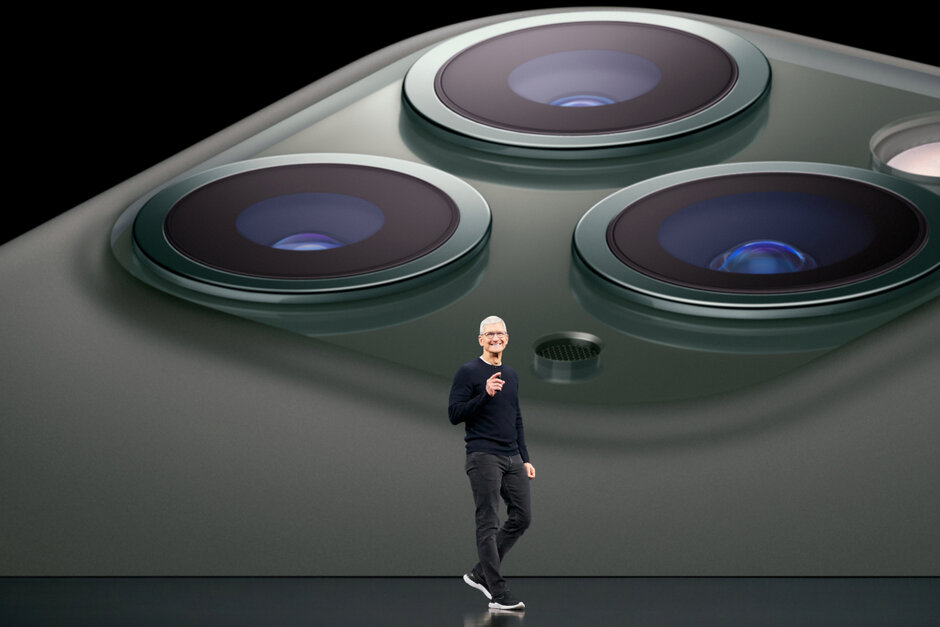 Under Tim Cook’s watch the value of Apple’s shares have soared from $348 billion to $1.9 billion

CNBC reports that analysts are calling the 60% gain in Apple’s stock price this year more proof of the outstanding leadership provided by Apple CEO Tim Cook. Part of the reason that the iPhone manufacturer has a rich stock price is that the company is trading less like a tech hardware outfit and more like a sexy software firm. You can see that in Apple’s price-to-earnings ratio (PE) which shows that the company is trading at 33 times earnings. Edward James analyst Logan Purk says, “Over the past four months, the market has really been valuing Apple as a software company. The services business is growing nicely — it seems to give them a multiple over 30, and gives them all the credit in the world for this subscription business. They’re starting to get compared to some really big software heavyweights.” For example, software leader Microsoft trades at 36 times earnings while Amazon’s stock has a PE over 123.

Tim Cook should get much credit for this. Back in 2015, the year that iPhone shipments peaked, the company decided that instead of trying to focus on selling new iPhone models, it would be able to obtain higher profit margins by selling recurring subscriptions to the large number of iPhone users worldwide. Apple set a goal of doubling its Services revenue from the $25 billion earned in fiscal year 2016 to $50 billion by this fiscal year. And three quarters into fiscal 2020, the company has generated $39.2 billion in Services revenue; barring a major global economic meltdown in the current quarter, Apple should hit at least $50 billion in Services revenue for this fiscal year.

The stock hike helps Apple executives’ restrictive stock units (RSU) gain in value and recently Tim Cook joined the billionaire’s club. It has been a heady rise for Cook who joined Apple in March 1988 as a Senior Vice President. In January 2009, Steve Jobs took a leave of absence leaving Cook in charge. After the ailing Jobs returned, his deteriorating condition forced him to step down for good and in August 2011, Cook once again took the CEO position. The executive has had that position over the last nine years running and during that time, Apple’s valuation has soared from $348 billion to $1.9 billion.