Skip to content
This coming Monday the CEOs of Apple, Alphabet, Amazon, and Facebook will testify before the U.S. House Judiciary Antitrust Subcommittee. Each of the four firms is being investigated for alleged anti-competitive behavior. Alphabet is Google’s parent company and Google is being accused of putting its products ahead of the competition when it comes to search results. It also is accused of forcing phone manufacturers to use Google Search and Chrome as the default search engine and browser on phones using the licensed version of Android. Amazon’s large share of the e-commerce market is under scrutiny and Facebook has a large share of the social networking scene.

And that leaves Apple. The company is being investigated for taking a 30% cut of in-app payments and subscriptions made through the App Store (although the cut on subscriptions drops to 15% after the first year). Because Apple doesn’t allow iOS users to sideload apps from third-party app stores, it forces users to pay Apple’s prices for apps. The so-called 30% Apple Tax has led companies like Spotify and Netflix to stop accepting new subscribers from the App Store. And to make matters worse, Spotify competes directly with Apple’s own Apple Music app. 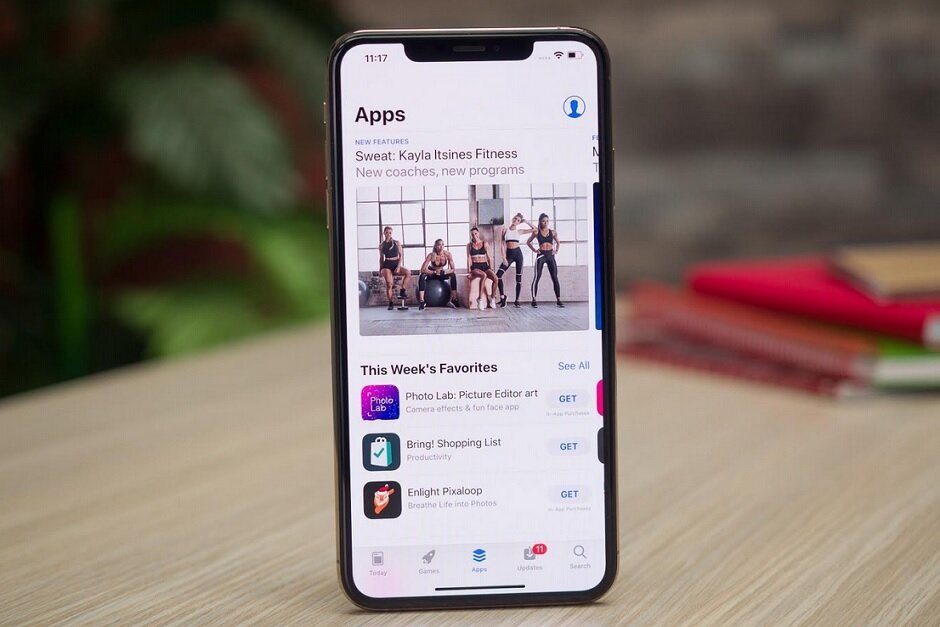 The App Store is part of Apple’s fast-growing Services unit. After the number of iPhones it shipped peaked in fiscal 2015, the company decided that it would be a shrewd move to concentrate on the large number of active iPhone users worldwide. Apple could continue to generate profits from these consumers even without selling them a new iPhone by having them sign up for a service with a recurring subscription plan. Apple set a goal to hit $50 billion in Services revenue by fiscal 2020 from the $25 billion it took in during fiscal 2016. So far, halfway through fiscal 2020, Apple is on track to take in $52 billion in services revenue for the year. This unit includes Apple Music, Apple Pay, Apple News+, Apple Arcade, iCloud, iTunes, Apple Care+, the App Store, and more. Speaking of the App Store, it brings in twice the revenue of the Android app storefront, the Google Play Store.

It is estimated that the App Store brings in $15 billion in revenue for Apple annually which is approximately twice the haul brought in by the Google Play Store despite the much larger share of the smartphone market that is owned by Android. The latter has approximately 85% of the connected handset market, but still, it trails badly when it comes to collecting revenue from its app storefront.

The Wall Street Journal today published Apple’s defense and the tech giant says that it does not run a monopoly. Instead, it says that the revenue it takes in from the App Store comes from a small percentage of the two million apps that are available from the store. One argument that Apple often cites on its behalf is that the 30% it charges is still cheaper than what software developers were paying to distribute their products to stores prior to the 2008 launch of the App Store.

Apple decided to run a comparison study that sought to compare the App Store with other “digital marketplaces” including ones run by Amazon, Microsoft, Uber, and Walmart. Economists at Analysis Group, commissioned by Apple, came to the conclusion that the 30% cut charged by Apple is in line with the cut taken by Google and other peers. It is below the 37% and 31% cuts taken by ticket sellers StubHub and Ticketmaster, respectively.

European competition attorney Damien Geradin, who co-authored a study on this topic a couple of months ago, said that the App Store fee structure is “uneven.” He notes that while apps like Tinder pay 30% of their App Store sales to Apple, Uber and Airbnb don’t pay anything. “Problems are much deeper than the 30%,” he said.