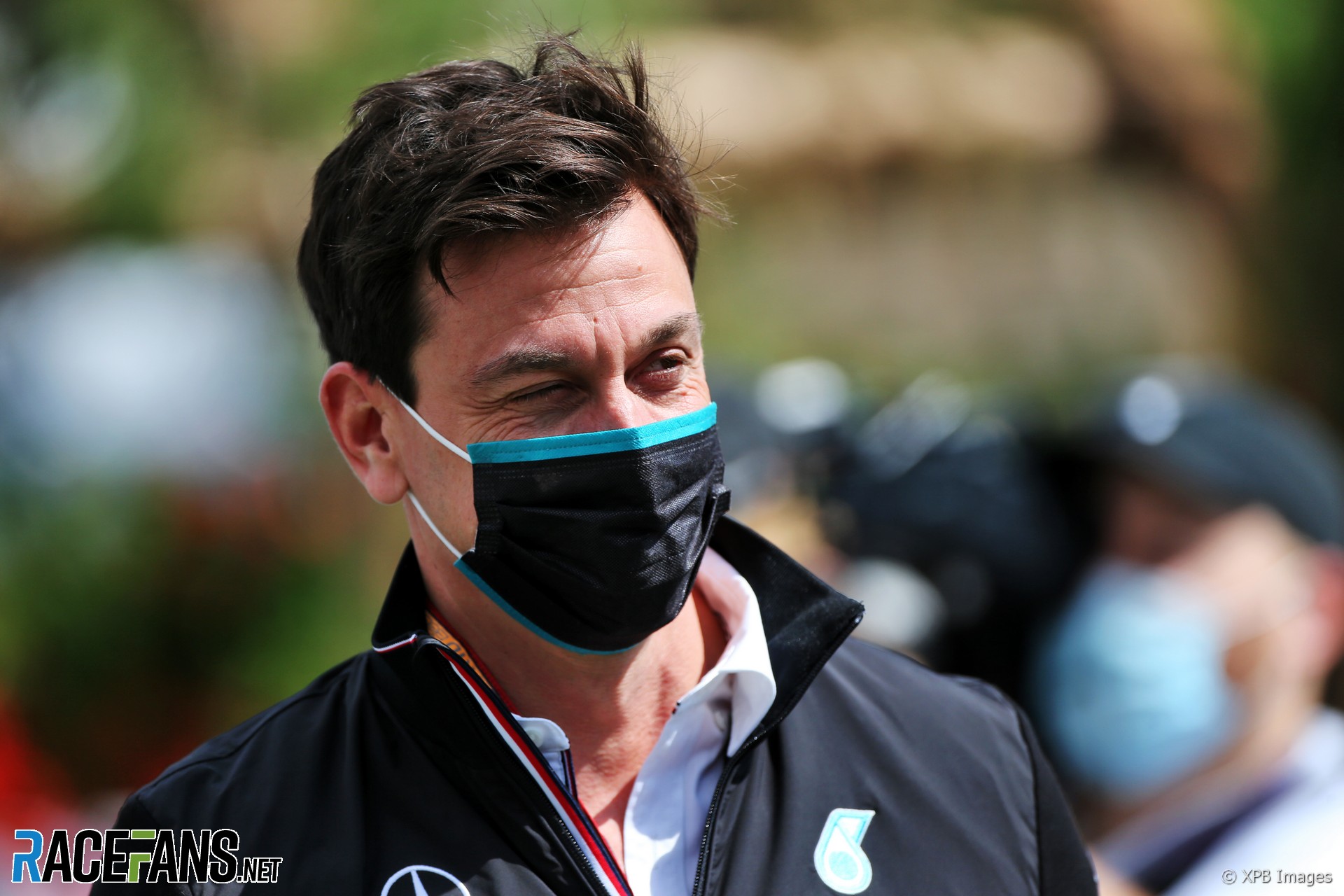 In the round-up: Mercedes team principal Toto Wolff criticises several of his rivals who spoke publicly about their readiness to sign a new Concorde Agreement to compete in Formula 1 next year.

Wolff was asked what obstacles there were to signing the new Concorde Agreement:

I don’t know why some of the other teams made those ridiculous commentary that they’re ready to sign and there seems to be some competitors that are not. They make themselves a laughing stock with those comments in the public.

Negotiations should be taking place behind closed door without a running commentary from competitors. And in that respect, we’re talking to Liberty, we are keen on staying in Formula 1, there are some clauses which bother us a little bit, but nothing that can’t be sorted.

“Our engineers spotted something on the data and decided it was best not to go out. The safest option on Gasly’s car for tomorrow therefore is to change the PU, which we will do tonight. There’s no penalty attached to this change and it’s easier than trying to trace what might be a very minor problem in the track garage.”

“Roy Nissany has been given a five-place grid drop for the sprint race tomorrow in Budapest, following a collision with his teammate Marino Sato in the feature race today.”

MAttia Binotto: “It’s interesting to note the difference down the few straight sections on this track, between some cars and the rest of the pack.”

“All of the sudden, they said, ‘You are the leader’. I thought: ‘They’ve got it wrong. There is no way I’m the leader. I know I’m fast, but I didn’t think I had passed everybody.”

“Going onto the last set I was quite convinced we had a chance to get into Q2, the car felt good. I guess we missed our timing and I had to press the neutral button before the last corner to let the queue go. My tires were then dead cold by turn one and that was qualifying over.”

F1 fans follow the action from hills around Hungaroring (Reuters)

“I have followed (Finnish driver) Kimi Raikkonen ever since he began to race and became a huge fan. I have seen every race here in every year, and I won’t stop just because the ring is closed.”