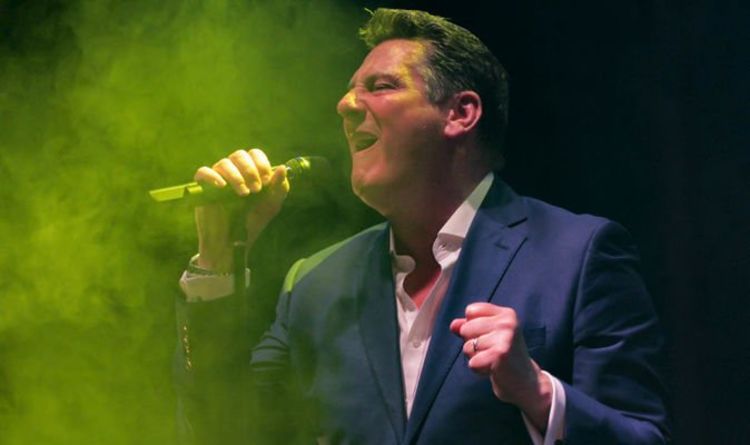 Gary says “the ball is in Tony’s court” but Tony insists he would never work again with Gary and brother Martin, who star in a spoof documentary, The Kemps: All True, tonight.

“I think it’s pretty pathetic and they should stop speculating and get on with their lives.

“I’ve never said why I left and I’m not going to say now what the real reason was but I would appreciate it if they’d be honest. They know exactly why I left and they were very specific reasons. It was not very pleasant – I think if you look at what has happened recently, that says it all.”

In one scene from the BBC Two show, Gary, 60, paints Tony as a devil with horns and red eyes.

“I mean, hey, if they want to keep mentioning my name and show my picture, that’s fine. Any time any of them do anything my name gets mentioned a hundred times, so carry on.”

Last week Ross William Wild, who replaced Tony in 2017, revealed how he himself had attempted suicide after leaving. Wild, 31, performed with the Kemps and other original members Steve Norman and John Keeble throughout 2018.

Ross says he chose to quit after 11 months but says Martin announced it without his knowledge on This Morning. He felt “humiliated”, saying: “That’s when I tried to kill myself and I wound up in hospital in Cannes.”

Steve Norman said it caused him “great sadness” to hear that Ross was suicidal and that he wished he had opened up to him.

Says Tony: “When Ross joined, I wished him well but I wasn’t aware of how he was treated. It is sad when anyone suffers from mental health issues and it’s been devastating for him.”

Spandau’s hit singles included True and To Cut A Long Story Short and they sold 20 million albums. But they split acrimoniously in 1990 and a battle over songwriting royalties hit the High Court in 1999.Tony and the Kemps didn’t speak for a decade but reunited in 2009.

“Twenty years of harbouring grudges and 10 not even talking was weird,” says Tony. “It took a lot of soul searching before I could say, ‘Maybe I can do this’. But it wasn’t the same.

“It’s like your wife has an affair with your best mate and you get back together but you can never look at each other in the same way again. We decided it was meant to be a fun thing and we’d try and do it every few years.”

“It’s like your wife has an affair with your best mate and you get back together but you can never look at each other in the same way again. We decided it was meant to be a fun thing and we’d try and do it every few years.”

But after a couple of tours there was a final split – which won’t be eased by tonight’s film.

Meanwhile Tony, appointed an MBE in the New Year Honours for his charity work, still sings the hits. He’s also bursting free of lockdown with his Utilita Live From The Drive-in tour of car-friendly venues.

“I am going to be doing all the songs that people know and love,” he says. “I want people to come along, have fun – and get out of the car, even if it is raining, and sing along.”