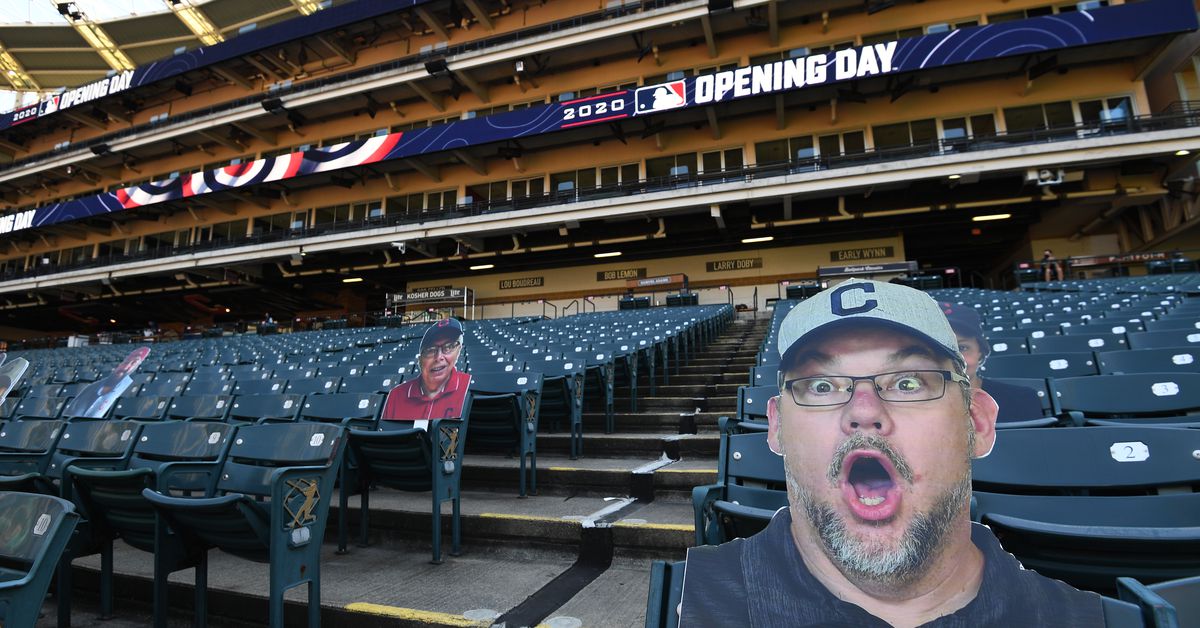 As part of an attempt to make Major League Baseball games in this weird, coronavirus-shortened season seem as close to normal as possible, Fox Sports decided to create virtual fans, digital versions of cheering people who would react to the games broadcast on Fox the way real fans do.

Let’s just say they didn’t quite knock it out of the park.

As Nick Schwartz noted in USA Today, the virtual fans popped in and out of view during the broadcasts, appearing when cameras pointed toward the outfield, but then weren’t visible behind home plate, making for an unsettling experience. Ryan Parker of The Hollywood Reporter agreed:

To be sure, this is a new thing, and Brad Zager of Fox Sports told The Verge the network was still figuring it out, with plans to evolve the process from game to game and week to week. And the technology is certainly impressive, as my colleague Chaim Gartenberg described:

The augmented reality software used to insert the crowds is called Pixotope, which has worked on AR graphics for things like the Super Bowl and The Weather Channel’s terrifying storm warning demonstrations.

It works by leveraging graphics (created by creative agency Silver Spoon Animation) built in Epic’s Unreal Engine. Unreal Engine is used here for the same reason it’s popular for creating video games or for crafting virtual on-set backgrounds for shows like The Mandalorian. Unlike most film graphics, which have to be rendered in post-production after the fact, Unreal can render in real time, making it far more suited for live television.

But fellow hockey fans may recall that back in the mid-1990s, Fox Sports was responsible for one of the most-hated pieces of in-game “technology,” the FoxTrax puck —AKA the “glow puck.” Used on Fox Sports hockey broadcasts from 1996 to 1998, the puck appeared to have a blue aura while moving on the ice, which turned into a red streak when a player shot the puck at the net (no, really). So forgive us if we’re a little wary.

In any event, the initial reaction to the virtual MLB fans is that the tech needs a bit of work. Houston Chronicle sports editor Matt Young found they weren’t all that compelling: “Just a ton of dudes alternating resting their chin in their hand and then 2-second delayed reactions.”

Fox’s digital fans gotta go. Just a ton of dudes alternating resting their chin in their hand and then 2-second delayed reactions. pic.twitter.com/fLh7EYXTMX

The NBA is going a slightly different route: It will invite fans — with special tickets— to attend games virtually and will show their heads on screens alongside the court. It’s using Microsoft Teams’ Together mode to create the effect.

It’s still a bit weird, though. Emily Adams of FanSided says the result is “completely ridiculous” and will present an “absurd” experience for TV viewers. Los Angeles Times Lakers beat writer Tania Ganguli tweeted an image (and those fans sure are excited for what looks like a warmup session):

Some MLB teams are giving fans the chance to “attend” games this season by purchasing a cardboard cutout of themselves to be placed in the stands. And OK, even though he’s apparently a Mets fan, this dog is pretty cute:

Close to 5,000 people purchased cardboard cutouts of themselves for @Mets games at Citi Field this season.

One person bought a cutout for their dog and it’s pretty great. pic.twitter.com/8f1XJjie3h

However, even the cardboard cutouts can become a little unnerving, especially when one almost gets decapitated by a home run ball:

I’ve been trying to find the appropriate Yogi Berra non-sequitur to lend some insight into this very weird situation. “If the people don’t want to come out to the ballpark, nobody’s going to stop them” doesn’t quite work, but it’s close. And if we’re going to go forward with sporting events during a pandemic, nothing’s going to make total sense because it’s an unprecedented situation. It will be interesting to see whether having pseudo-fans in attendance makes watching games more enjoyable, or if it will just become a weird novelty everyone gets used to over time.