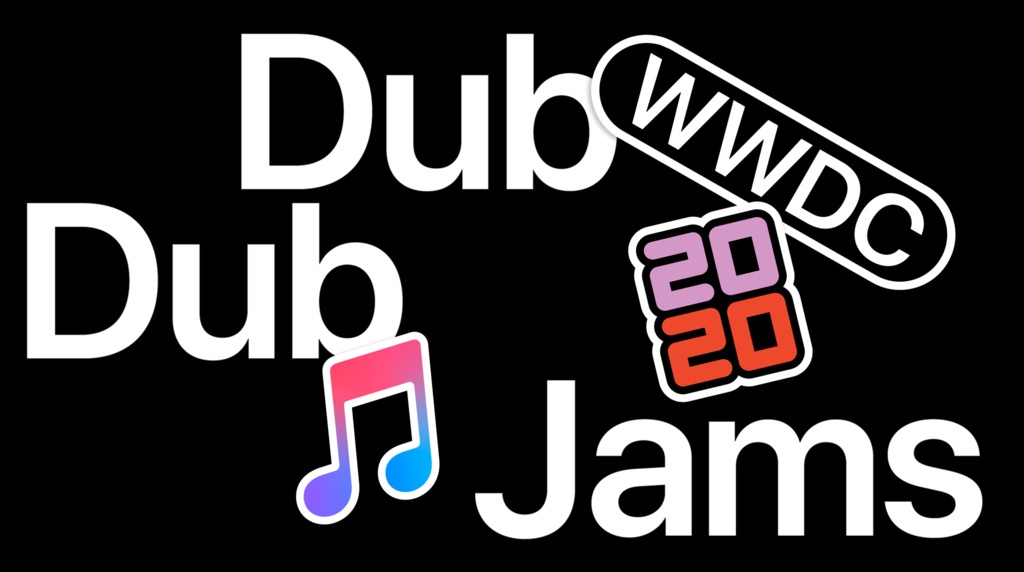 It wouldn’t be WWDC without a little music. Bring Khalid and The Killers into your living room and create your very own musical conference experience with the WWDC20 playlist collection, now available on Apple Music. The opening WWDC20 playlist features great artists like Glass Animals and Alicia Keys, and includes Aurora from this year’s opening video.

In addition, Apple Music is celebrating the powerful connection the development community has to music with a new “Music to Code to” series, which features several multi-hour playlists featuring different musical styles and genres.

Developers have long found connection and inspiration from music. Sam Rosenthal, creator of The Game Band’s Where Cards Fall on Apple Arcade, told us that his company name pays homage to the groups he listened to growing up. “A lot of the bands that I really loved… They didn’t stick with one sound,” he said. Rosenthal has carried that philosophy into his work: “Every time we make something, it should be different from the last. It should surprise people.”

Others, like writer and Shortcuts developer Federico Viticci, have built entire projects around a love of music. In 2019, the Italian native designed and built a shortcut, MusicBot, that helps people listen to more of their library and speed up common Music app interactions.

“When developing MusicBot, I needed to test it with data that was easy to find in my music library,” he told us. Viticci’s choice: His “all-time favorite band,” Oasis, whose myriad albums provided plenty of testing material.

Several of the Swift Student Challenge winners also shared their appreciation for a little musical motivation. “While I was creating [my] Playground, I used the WWDC19 playlist,” Gloria Cretella told us. A two-time scholarship winner, Cretella attended the conference for the first time in 2019, and used the playlist to remind herself of the experience. “I was a bit nostalgic,” she said. “Programming with the songs that were in the background at the conference brought me back.”

Everyone has their favorite tune or perfect mix. Brazillian Student Challenge winner Henrique Conte finds joy in French music while he codes, especially from his favorite Belgian singer Angèle. “Learning new languages is one of my passions because it allows us to connect with the world and understand cultures,” he told us. With this playlist, he said, he gets to improve his linguistic skills all while Angèle’s music focuses him on the task at hand.

Others, like StaffPad developer and composer David William Hearn, prefer to find time in the quieter moments between projects. “I’m actually reconnecting at the moment with some of the classics,” he told us, which include works by 20th century composer Erich Wolfgang Korngold. Though some of those compositions are short by classical standards, Hearn is quick to highlight the years of artistry and care behind them. “It’s someone’s life, you know?” he said. “I find that phenomenal.”

Discover the perfect soundtrack for your next programming project on Apple Music or wherever you like to listen, and know that you’re enjoying something uniquely human. “Music transcends our differences and has the power to unite us,” Viticci said. “To make us feel connected no matter what’s going on in the world.”

You can tune in to the full WWDC20 playlist collection on Apple Music.