If you were to see Sangarthit Looksaikongdin in the ring without any background or context, you wouldn’t guess that he was 16 years old.

Or that he had turned pro at 14 years of age.

Sangarthit was in action on Saturday at The Bazaar Hotel in Bankok, Thailand on Saturday, as he defeated Kulabdam Sor Jor Piekuthai for the WBC Asia light welterweight title. To the casual observer, the bout did not look like a 16-year old fighting a 21-year old Muay Thai convert. Sangarthit was composed well beyond his years, boxing off the back foot and running his southpaw opponent into both lead and counter right hands round after round. The teenager did eat some heavy shots, particularly a flush left hand in the third round, but managed to temper Kulabdam’s fiery aggression particularly in the later stages. Scores were 97-94, 95-94 and 99-92 in favor of Sangarthit.

Outside of the ring, Sangarthit (born Phoobadin Yoohanngoh) is exactly the way you would envision a 16-year old being. His social media is impeccably curated, with well-staged influencer-esque photos and brief captions. He’s dressed in Supreme and accessorized with new jewelry from a local sponsor as he live streams his trip through the mall after his fight to buy a new pair of Adidas Boosts. In an interview posted by his promoter, TL Boxing Promotion, he reveals that he’d like to become a YouTuber as well as a boxer.

Where he would find the time to do that, or where he finds time to take part in normal teenager activity is uncertain. Over the past year, Sangarthit has managed to win the WBC Asia title at 140 pounds, win The Fighter tournament put on in Thailand, and also won the Hilux Revo Marathon in his weight class as a Muay Thai fighter.

Born into a fighting family, he is reportedly the 14th child out of 16 siblings. When he trains at the family gym, an outdoor hut in Bangkok, he is constantly surrounded by children. Sangarthit is young enough to technically be in the same school as many of them, but his life has a drastically different focus. His father and brother train him, and his fellow fighting siblings look on and loiter on the ring apron. Those siblings include women’s minimumweight contender Duangdawnoi Looksaikongdin (born Kanyarat Yoohanngoh), who was also 14 when she made her professional debut in 2014 according to BoxRec.

These stories of teenagers, children in some cases, turning professional are not unprecedented in boxing, but they are most certainly rare. In 1923, Nipper Pat Daly turned pro at the age of 10 (some accounts listed him as being nine), and by September of 1929, was ranked No. 10 by Ring Magazine at bantamweight, by far the most stunning achievement of a child professional boxer ever.

Eventually, rules would be set in place in most countries to prevent such things from happening. One doesn’t have to think hard to figure out why professionally boxing adults would be dangerous for children and teenagers, and how easily it could turn into exploitation, if it wasn’t from the outset.

Mexico still allows fighters under the age of 18—Canelo Alvarez turned pro at 15, and quite often prospects looking to turn pro early pick up early wins in Mexico. In the United States, select states will allow fighters under the age of 18 with significant amateur achievements to box professionally pending parental approval, as was the case with Tristan Kalkreuth for his 2019 bouts on DAZN. On the same day as Sangarthit-Kulabdam, 16-year old super featherweight Yoo Chan Lee had his second pro bout in South Korea as well. 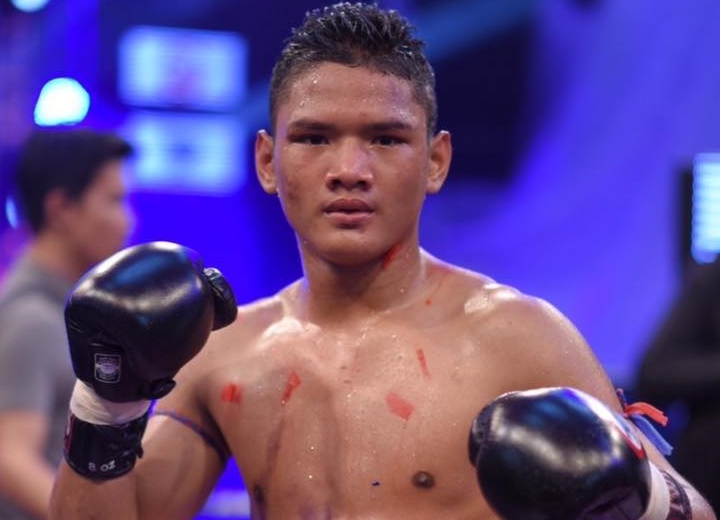 But the phenomenon of teenage boxers is much more prevalent in Thailand than anywhere else.

“There’s often been a feeling that Thailand is the “wild west” of Asian boxing, allowing not just super young kids to turn professional but also allowing world champions to fight stay busy bouts against absolute novices and over-matched opponents,” said Scott Graveson, founder of the indispensable Asianboxing.info, the best chronicle of the Asian boxing scene for English speakers.

“For some fighters it’s handled safely. They don’t tend to throw the kids in super tough, but overall the safety does look really lax at a lot of Thai shows. Thankfully there does seem to be a growing level of care in how shows are handled. TL Promotions and the WP Boxing shows have higher production standards than what we were accustomed to in Thailand for years. There is, of course, a few bouts that look very out of place, but by and large they are prodigies against novices. I suspect in the US some of the sparring for teenagers are tougher than some of the early bouts for the Thai teens.”

With regards to Sangarthit, the question is whether the minor title he now holds is merely symbolic or a sign that his brain trust has intentions of maneuvering him into riskier, more challenging fights. While he defeated Kulabdam conclusively, good portions of the fight were fought on relatively even terms, and his opponent in this case was a 2-1 duel sport fighter who had never gone past the third round as a boxer. Nonetheless, the minor belt he captured could theoretically see him enter the WBC’s Top 40 at light welterweight and put him in the neighborhood as far more developed fighters such as Shohjahon Ergashev (most recently ranked 33rd) or former titleholder Argenis Mendez (31st). Educated observers understand that these belts and rankings have little meaning, but their value still exists for promoters and matchmakers who need to play ball with sanctioning bodies. As impressive as he may look, it would be unwise to pay attention to those rankings and maneuver Sangarthit like a regular 9-0 prospect and not like a 16-year old.

“I’m not sure he’ll ever be a global star, but he does tick a lot of boxes to be a notable figure. He’s young, has a great back story, looks very mature for a teenager, has a good boxing brain on his shoulders, can box going forwards or backwards. The issue is going to be his development over the next 2 or 3 years. He’s going to have to be matched well to develop his skills, and I’m not sure if TL Promotions and Thairath have the financial clout to get him either the bouts he needs or the sparring,” said Graveson. “In saying that if they have the money and spend that on getting him experience stateside, getting him training in the US with some American and Mexican fighters at the weight, there’s no reason why he can’t become a star. I think naturally he’s a fighter with a higher ceiling than Teerachai Kratingdaenggym (Kiram Tewa) who fought for a world title at a similar weight, but we’ll have to wait a long time to see him reach that ceiling. The potential is there, but it’s how his team handle and nurture that potential that is going to be the tricky thing.”