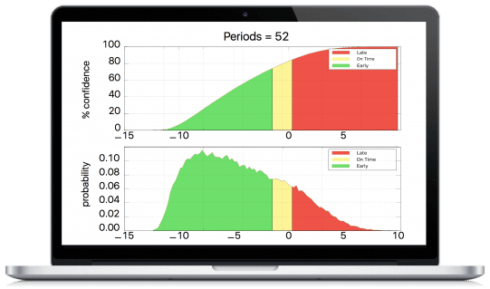 Planview announced the acquisition of Aptage, which focuses on the application of AI/ML to portfolio management and work management.

“For Planview, the acquisition of Aptage brings data science and domain expertise in AI/ML. Not only will that accelerate the company’s current roadmap in AI/ML – a growing area of focus for the market and our customers – but it will also enable Planview to better explore and drive future developments within this domain,” Planview said in its announcement.

Planview customers will have more accurate project outcome forecasting, regardless of the work methodologies and processes used to get the work done.

From within the SiteWise console, customers can also create custom web applications (without any coding) to visualize key metrics across end-user devices in near real-time.

Docker teams up with AWS on bringing apps to the cloud
Docker and AWS collaborated to build a simplified workflow that allows developers to quickly and easily switch from running containers in a local Docker Desktop environment to Amazon ECS.

This accelerated path to modern application development and deployment allows customers to focus more effort on the unique value of their applications, and less time on figuring out how to deploy to the cloud.” said Deepak Singh, the vice president of Compute Services at AWS.

Developers will be able to use the Docker CLI and Docker Compose to start locally and run their multi-container apps straight through to deployment from Docker Hub to Amazon ECS.

“With this acquisition, developers and QA teams can run everything from visual tests to manual and automated functional tests on BrowserStack’s infrastructure and ship high-quality software at speed,” BrowserStack wrote in a blog post.