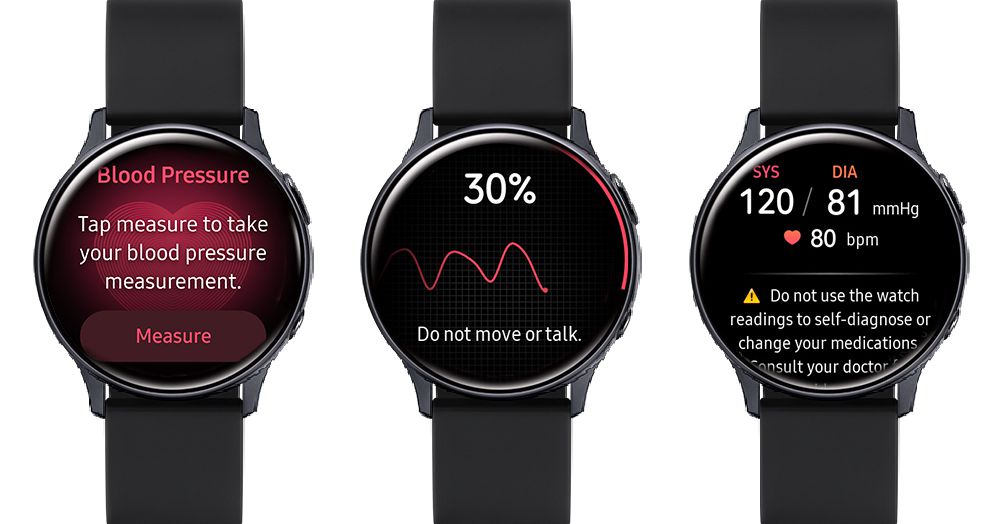 Samsung has released its Health Monitor app in South Korea, enabling blood pressure tracking for the Galaxy Watch Active 2 smartwatch. The rollout is slightly ahead of schedule; Samsung previously said the app would be released in the third quarter of this year after getting approval from South Korea’s Ministry of Food and Drug Safety in April.

The Galaxy Watch Active 2 still won’t work as a full-on replacement for a traditional blood pressure cuff; in fact, you need to use one to calibrate the app every four weeks. That’s really for the best, though — optical-based sensors can technically only measure the change in blood pressure rather than give an accurate reading by themselves. With a traditional reading as a baseline, Samsung’s app should be more useful for tracking trends over time or between visits to the doctor.

Samsung says the Health Monitor app will also support ECG (electrocardiogram) heart monitoring from the third quarter of this year in South Korea. That’s a feature Apple introduced with the Apple Watch Series 4 in 2018, though it’s yet to offer native support for blood pressure tracking.

Samsung hasn’t announced details of plans to bring these features outside of South Korea. Any such efforts would depend on approval from local regulatory bodies.