If you’re like me, you probably had a little chuckle about the title for the newest DLC for Tropico 6. I wonder if Twitter had thought of this as a potential name/brand? 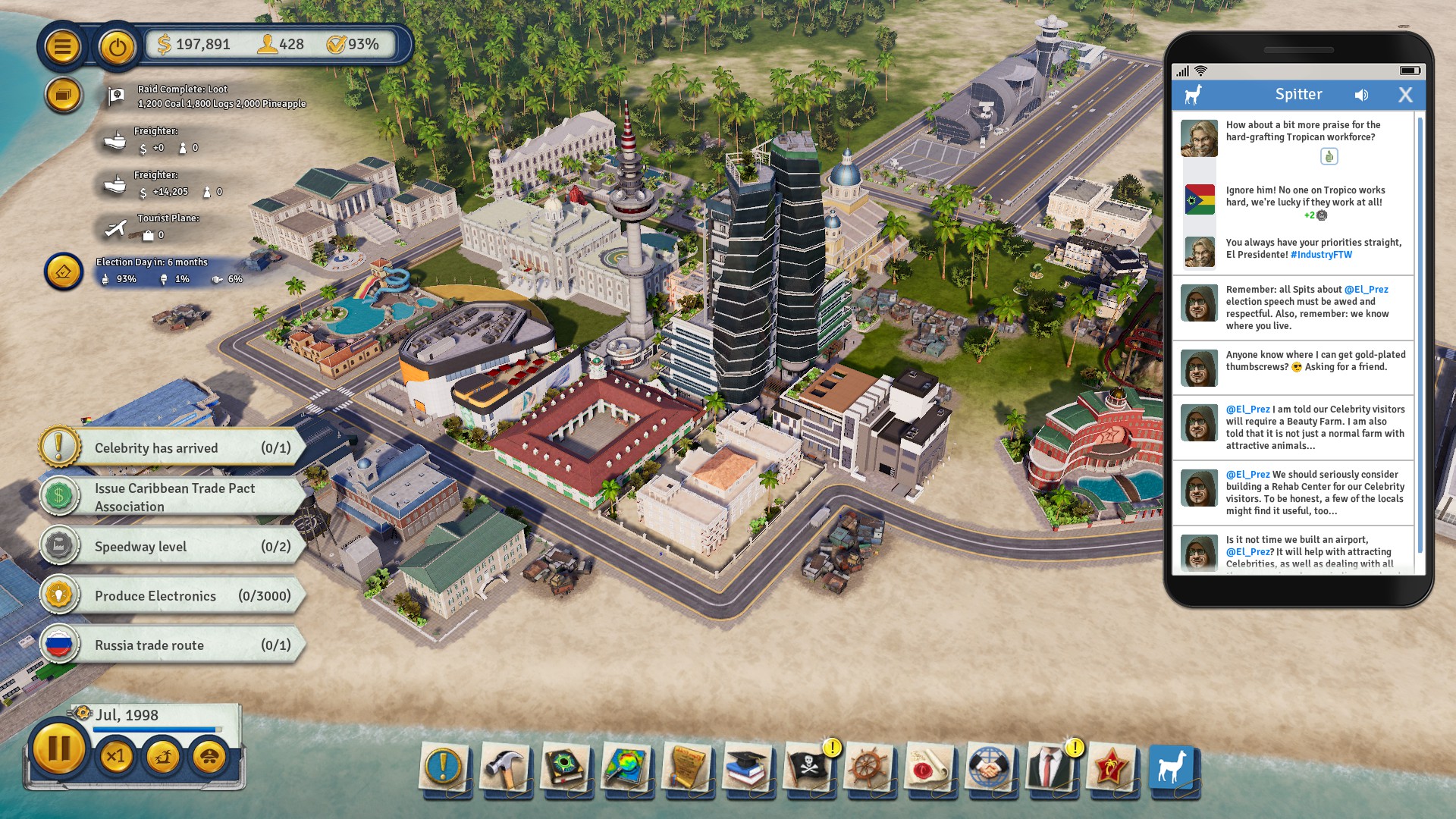 Spitter is the second DLC released for the island builder management sim Tropico 6 from Kalypso. Like the previous DLC, Spitter adds a new mission, a couple new buildings, and a new feature called “Spitter”. The llama-based faux Twitter service provides some funny quips alongside interactions with notable people in the world of Tropico (and beyond the islands). You’ll be able to bolster standing with leaders by liking their posts and unlock traits using Spitter.

Celebrities are a new type of tourist that you’ll want to plan to have visit your island nation. Like all celebrities, they are extremely active on social media and are very much entitled. They require some additional investments to get them to make the trip, but you can turn them into permanent citizens with the right infrastructure (like the new Rehab Center or Beauty Farm buildings). I don’t usually depend on tourism to build my coffers unless the map missions require it but these wealthy newcomers can add some additional bang for the buck with the passive traits to unlock. With any positive comes the negative: you’ll have to balance favoring the celebrities and political leaders as you build up your island and hope to win re-elections (if you are into democracy). 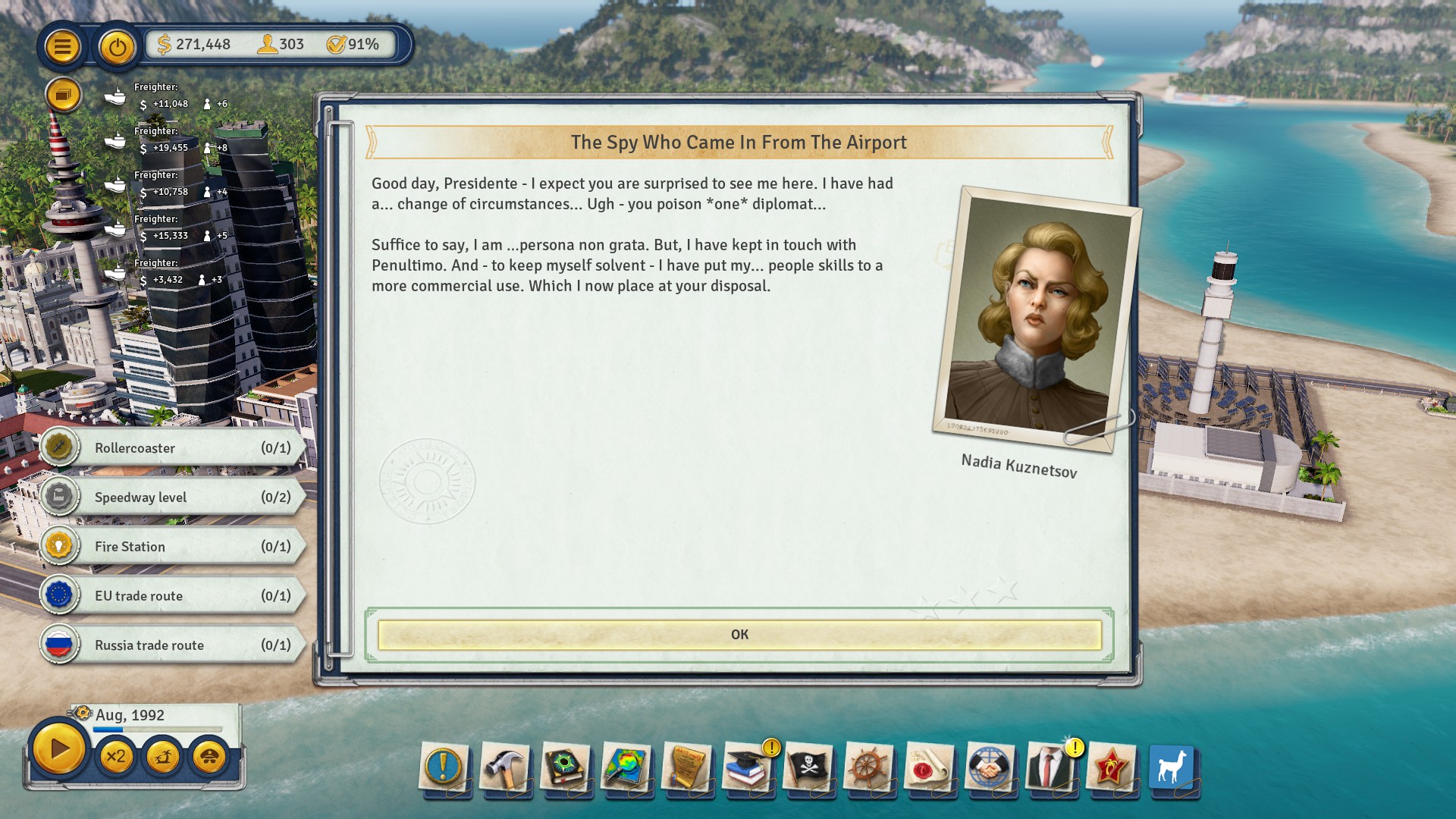 The new map (which I mainly played) starts you off in the modern era (you need smartphones to Spitter!) with a healthy supply of automated factories and modern amenities. I liked the setup of having a tourist island and a industrial island working simultaneously to build my treasury. While it seems like you are good to go from the start, you’d be smart to spend some time laying that integral foundation down before paying attention to the main missions. I was pretty far in before I realized I was missing some key buildings.

The new map missions are fun and quirky, playing hard into social media and the hubris of modern day celebrities. I allowed my play-style for this map to be a bit more in line with my celebrity counterparts and felt more enjoyment with the interactions on Spitter (and would encourage you to do the same if you’ve already played through the main missions). 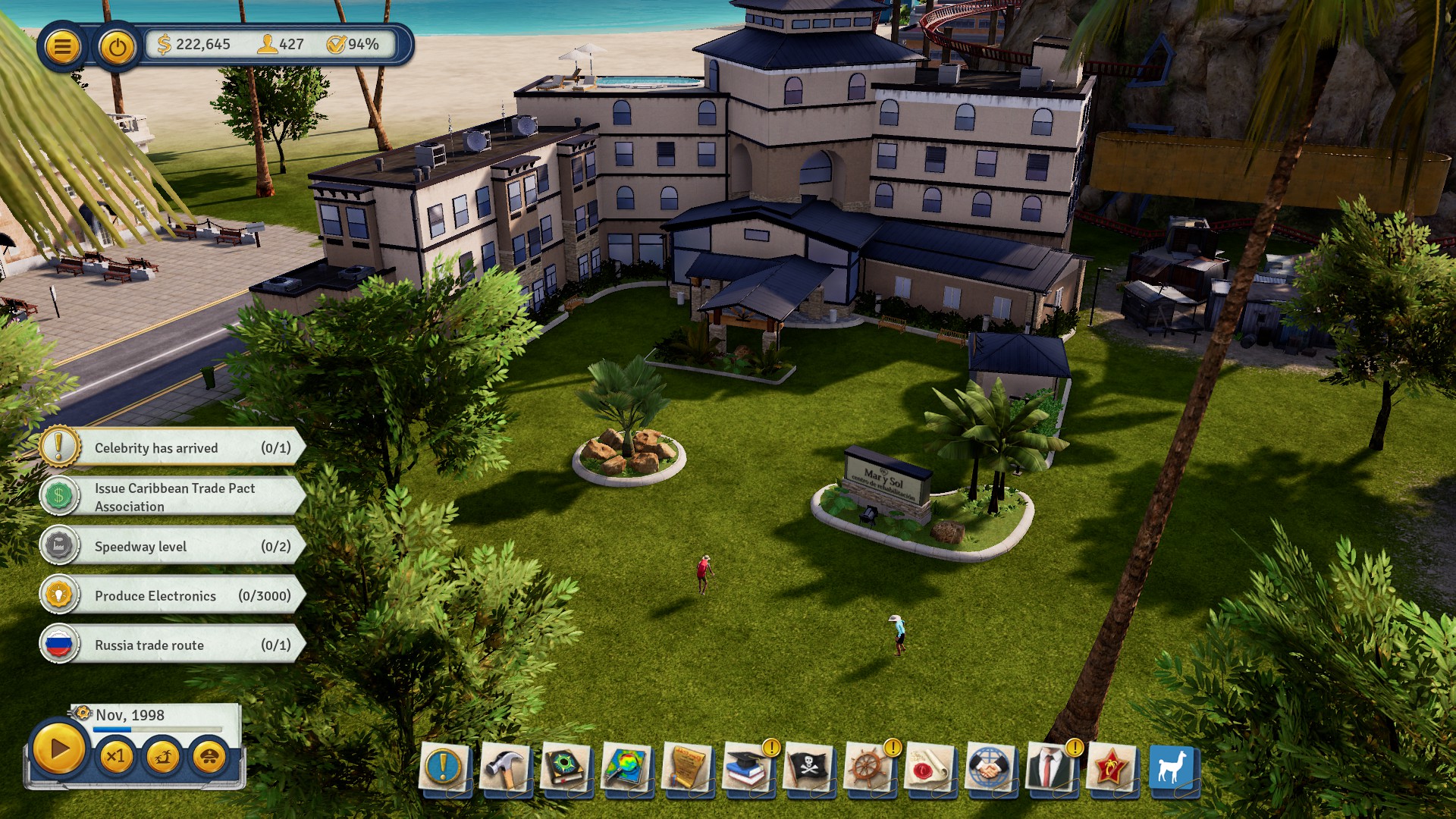 There are some additional tracks and customization options, but that’s about it for the DLC. So where does that leave us? While I like the new additions, I’ve gotten a lot more out of a $10 DLC. I try to review games and DLC content agnostic of price point unless it becomes unavoidable. Maybe it’s becoming harder to tell what warrants the cost of DLC as some devs/pubs are charging considerable cost for new content (see The Sims 4) or nothing at all (see The Witcher 3). Either way, I hope the next Tropico 6 DLC gives us something meatier to chew on to help balance the cost of the recent content.