That VideoGame Blog
REVIEW / The Summit of the Wolf (PC)

Games that make me have touchy-feely moments are really exciting for me. When I got the chance to review The Summit of the Wolf via Steam for the PC, I read that it is inspired by true events of a survivor of abuse and trauma. It was a tale that would merge fantasy and the real world based on the eyes of a child. That got me hooked.

The narrative of The Summit of the Wolf follows little Ophelia, who after going to bed one night, wakes up in the middle of an ethereal garden. Lost and no memories of how she got there, she meets a goddess who tells her that she must summon and follow a wolf at the mountain summit to get back home. The goddess also tells her that she will learn more about the painful truth during her journey.

The Summit of the Wolf is your standard point-and-click adventure and visual graphic novel game. You will guide Ophelia in her journey by solving simple puzzles. Some puzzles may require Ophelia to collect items, combine them, and/or give them to other characters in order to advance. There are a few instances of quick-time events, and they are very simple and forgiving. 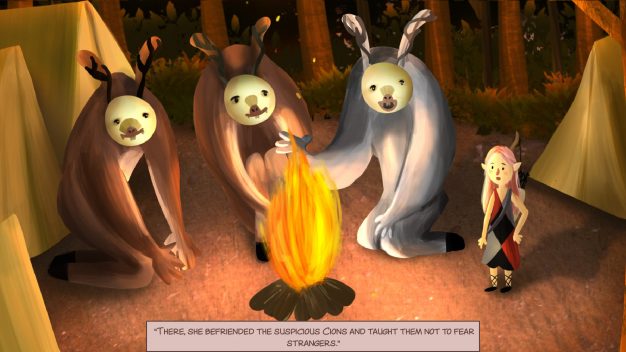 Ophelia meets a cast of characters during her journey and a couple of them will actually join her. They are not playable characters, but they are essential links to her connection to the real world. Speaking of the real world, there are certain points in the story where you do go there and play as Brianna, one of Ophelia’s nurses tending to her health after you find out that Ophelia’s in a coma.

As Brianna, you try to become the detective to figure out the tragic truth. Asking Ophelia’s parents what happened gets you that standard “she fell off the stairs.” Is that really the truth though? Luckily, you get some flashbacks of what happens to Ophelia, and you do see the events that transpired. And boy, is it dark. 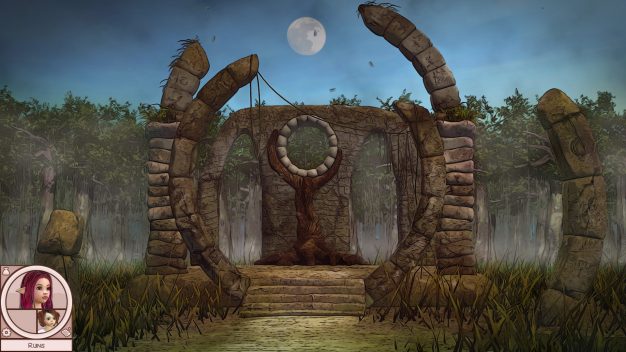 When you start this game, a huge warning that this game has some graphic nature pops up. It surely does. There are depictions of suicide that are definitely not kid-friendly. By the way, did I mention that despite the fantasy theme and how you play a twelve-year-old kid, that this game is not for kids?

At the end of The Summit of the Wolf, you do witness the horror, and you do feel the survivor empowerment. However, the narrative feels disjointed. There are some characters that seems unnecessary, at least for Ophelia’s story. Also, as mentioned previously, you don’t really learn about what happened to Ophelia as Brianna, the flashbacks are what tells the dark truth. There’s no subtlety to it either. 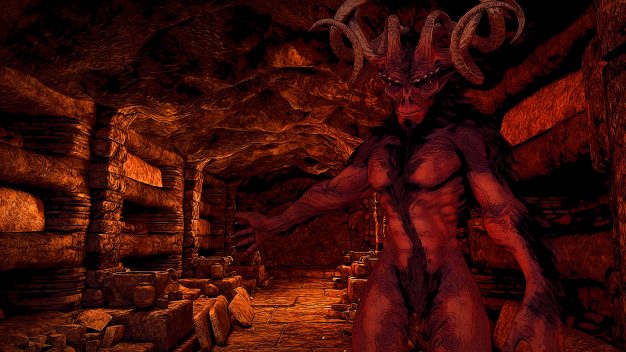 The Summit of the Wolf is a short game that can be completed in a couple of sittings. You may have to have the stomach to deal with some of the story’s intense moments, but if you go through it, you’ll realize that this is the truth for some people out in the real world. That’s the powerful outcome of this game.

The post REVIEW / The Summit of the Wolf (PC) appeared first on That VideoGame Blog.