Early video games were simplistic by necessity; the hardware to support more complexity just didn’t exist. Over time, video games expanded greatly, but these new games never replaced the originals. People are still playing Super Mario Bros. even though we have Odyssey because that game never stopped being fun; in fact, the former’s visual and gameplay style are even integrated into the latter. The same is true for the classic that introduced video games to the general public, Pong. I talked about this back in my review of Atari Flashback Classics, but Pong’s simplistic take on table tennis is still a lot of fun to play. And apparently others feel the same way, as Atari and developer/design studio Chequered Ink Limited quietly released a new game called  Pong Quest back in April. 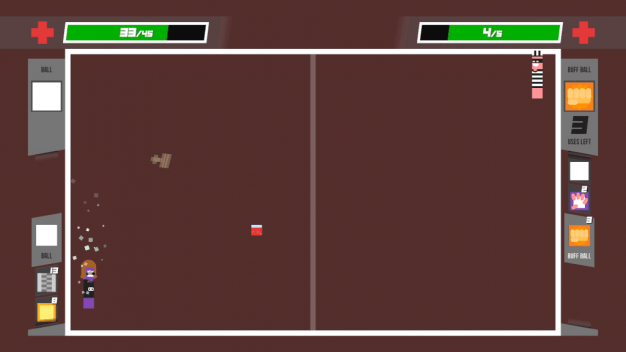 While it may have been in part because of the ongoing pandemic, I’m actually sort of surprised that Pong Quest didn’t get much media attention. The first new game under the Pong title since 2012’s Pong World for iOS, Pong Quest mixes the original classic’s simple gameplay and visuals with dungeon crawling and some humorous writing. Most of the game takes place in dungeons reminiscent of the original The Legend of Zelda, completing various challenges and puzzles. The core gameplay is in the battles, which are fought through a slightly updated version of Pong. You and your opponent are armed with different kinds of balls to battle with, such as a bouncy ball, a fast ball, a ball that creates a Breakout-style barrier, and a healing ball. You and your foe primarily damage each other by getting the ball past each other’s goals, but you also take a little bit of damage when you successfully hit the ball back, providing an incentive to end the fight decisively. Combat is actually a lot more difficult than you’d think. Switching balls mid-battle and managing your (initially very small) inventory can be frustrating at first, but I got used to it soon enough. The bigger challenge was trying to use the different ball types effectively. If you fight a lot of enemies, you’re going to lose a lot of health, and opportunities to heal may be limited. That being said, it’s a lot more fun than regular Pong, and the wide variety of ball types allows for a lot of strategy. Different opponent classes use different ball types as well, so you can try to set up your inventory going in. I don’t know if this adds enough to interest anyone who doesn’t already enjoy the original game, though,especially given the time it takes to understand everything. I should also note that Quest features online and offline multiplayer, both for the game’s unique battle mode and the classic mode. Given that this version of the classic mode is actually designed for analog sticks (unlike the emulated version in Atari Flashback Classics), I would definitely consider that to be added value. 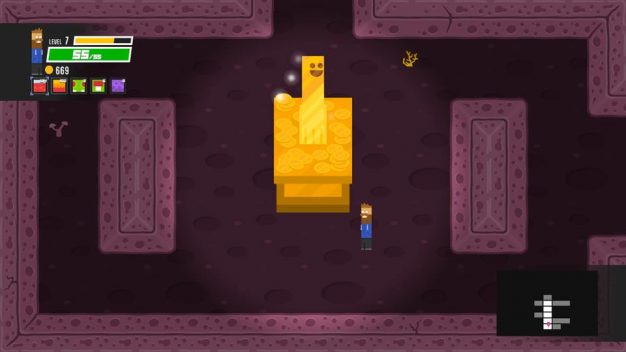 While some are calling Quest an RPG, I don’t think there’s really enough depth to warrant that. What the game does have is humor and charm, at least at the start. Pong Quest is aware of its history, presenting a fantasy kingdom inhabited by…Pong paddles, and references to other classic Atari titles. The player character begins as a rectangle with a face, and can be customized with cosmetic equipment found in the dungeons. The story (such as it is) involves an absent-minded king sending the player character, a random paddle, off on an adventure to save the world. The dialog got some legitimate chuckles out of me, and the ridiculous enemy types added a little bit of extra insanity to the dungeons. The writing here isn’t earth-shatteringly original, but it raises Pong Quest above being just another arcade re-imagining. And that’s important, because as I said before, the core gameplay really is just Pong. 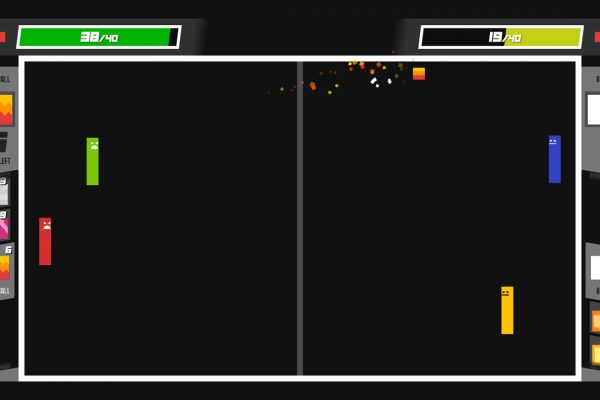 For those who enjoy that classic gameplay, I definitely recommend Pong Quest. It isn’t something you’re going to sink a ton of hours into, but as a fun diversion, it’s worth giving a shot. The humor helps get through the growing pains, and you can have a surprising amount of fun with the multiplayer. Just know going in that this is an evolution of the original, and not a revolution. And if the idea of paying money to play a souped up version of Pong sounds ridiculous to you, you’re probably right. I don’t regret picking it up, but my play time has also dropped to almost nothing between the game’s release date and the posting date of this review, so take from that what you will.