Thanks to the recent lockdowns and quarantines, there haven’t been many new games so far this summer. That may be why Maneater got so much attention when it was released; it was given almost as much coverage as a Triple-A game. And I’m glad that happened, in a silver lining sort of way, because Tripwire Interactive’s so-called “ShaRk-PG” is a great concept, and definitely the most ambitious shark game I’ve ever seen. But is Maneater good enough to keep you going until the next big blockbuster game? Let’s dive in, pun intended, and find out. 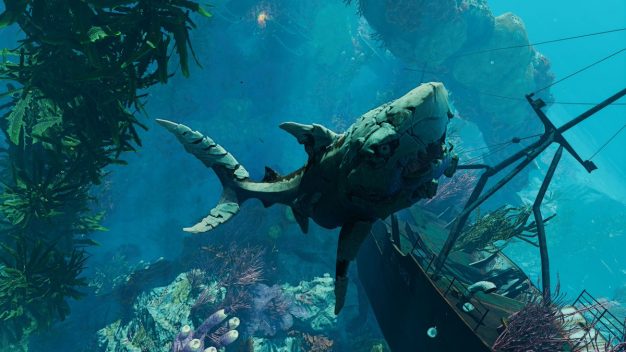 The general concept of Maneater is pretty simple: you’re a shark, and you want revenge on a human shark hunter. It’s an open world with all the usual landmarks and hidden items to find, but it starts small; more of the setting is opened up for you as you progress. You have missions that basically involve eating a given number of creatures or defeating big Apex predators, and finishing those helps you progress through the story and power up your shark. I was really happy with this setup; though it was disappointing how long it took to reach something I could describe as “open water,” the threats increased with the world, and having an open world to mess around in was a really cool idea. It’s true that these missions do become repetitive, but given the relatively short length of the game and backstory of the setting that becomes clearer as you progress, I never had any trouble with them. 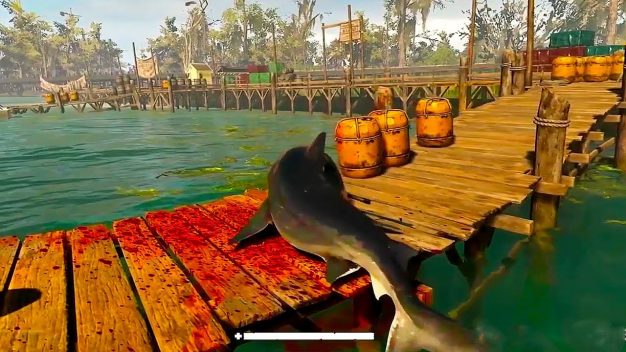 For my money, the game’s biggest issue is its inconsistent difficulty. Right off the bat, the challenge comes from the larger predators in the area, trying to kill you while you go about your missions. You’ll die a lot in Maneater, but there’s virtually no penalty to it, so I assume the folks at Tripwire expected this. It can also be kind of scary, as you’ll be focused on your mission and all of a sudden a predator will come up and kick your tail. Despite this, it did seem the game got a little bit easier as I continued. That is, until I reached the second to last chapter, where I encountered an enormous difficulty spike. In particular, it was that chapter’s Apex (each chapter has one), a killer whale. While previous Apex battles didn’t take too long, I had to try this one four or five times before I succeeded. But by the time I reached the next and final Apex, it was super easy, and so was pretty much everything from that point. 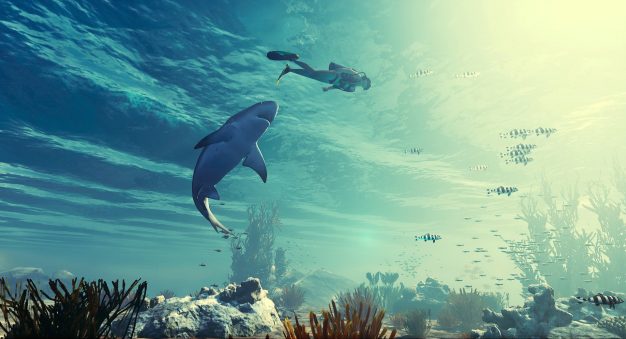 Some of this can be attributed to the upgrade system. Your shark gains experience in the form of nutrients, and can level up; it’s reaching certain levels that allows you to make your shark bigger. But, the maximum level is 30, and you’ll likely hit it long before you reach the end. When you can’t grind to prep for a challenge, what can you do? The answer is, use and level up your mutations. Mutations are special upgrades that can be unlocked by completing particular missions, and can be leveled up using nutrients. As long as you keep a focus on them and make sure to level them up, you should be OK. 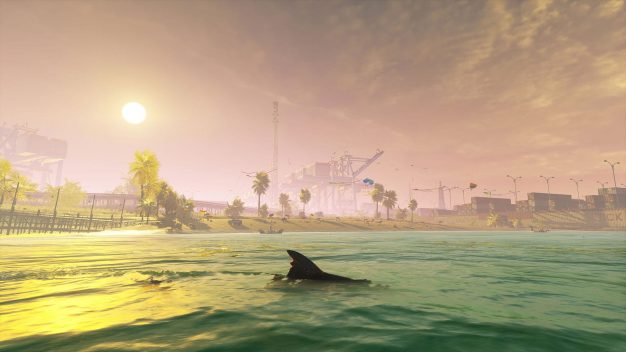 All of this might sound like busywork, but Maneater has plenty to keep players entertained. The writing is fantastic; the game is presented as a reality TV show of the same name, which means there’s plenty of narration. It’s all fun stuff, especially the landmark descriptions, and when it comes to comedic narrators, it’s hard to beat SNL alum Chris Parnell. Granted, repeated lines can get annoying by the end of the game, but for the most part, it’s funny and adds character to Maneater. The humor also contains that low-level backstory about what happens when man fights nature, which is told both in the dialogue and by the world itself, without being pretentious or overbearing. Outside of humor, the “war” between the shark and the hunter is played totally straight, and was actually kind of unnerving near the end. 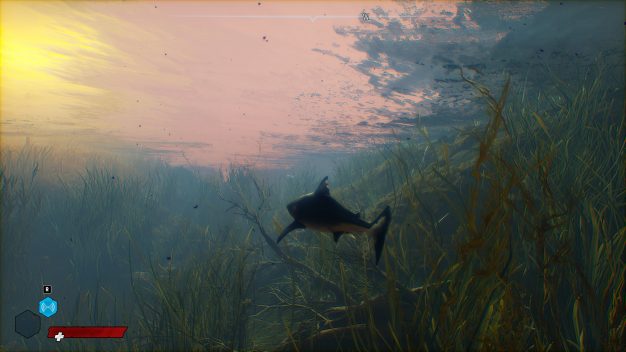 So, while Maneater may not be a replacement for the triple-A games that have been delayed, it’s a fun and well made game in its own right. Playing as a shark is just fun, and Tripwire clearly put a ton of effort into just about every aspect of the game. It does get a little bit frustrating at times, but I’m glad I pushed through that. For a game focused on bloodthirsty destruction, I’m impressed that Maneater also has a subtle environmental message. I recommend Maneater to anyone who likes playing as the violent killer in games. There is definitely a power fantasy element to the game’s appeal, and if that sounds like fun to you, you won’t be disappointed.