We have taken a look at the rivalry between Parramatta Eels and Manly Sea Eagles.

When did it start?

In fact that season the two met four times with Parramatta winning all but the showpiece encounter including 23-17 in the semi-finals.

The pair were closely matched that year with the Eels pipping the Sea Eagles to the Minor Premiership by two points.

However, Parramatta got their own back by beating Manly to win consecutive Premierships in 1982 and 1983.

The one other finals game which was in 2005 when Parramatta finished as minor premiers and Manly finished in eighth place. Parramatta won the match 46-22.

Manly are actually the team Parramatta have faced the second most in their history with 154 meetings since 1947.

The Eels have recorded 58 wins compared to 91 wins for the Sea Eagles alongside five draws, the last of which came in 1981.

In 1982, the two sides again finished as the top two with Parramatta clinching the Minor Premiership by eight points.

Manly beat the Eels 20-0 in the semi-final to earn and place in the Grand Final where a rematch would occur as Parramatta saw off Eastern Suburbs.

The Eels would ease to a comfortable 21-8 victory with Brett Kenny grabbing two tries and setting up Steve Ella.

A year on, the two would again meet in the decider with Manly this time claiming the Minor Premiership ahead of their rivals.

Again the Sea Eagles advanced to the final with a win over the Eels with their rivals joining them after beating Canterbury in their second chance.

Kenny was the scourge of Manly for a second successive year, scoring a double for a third consecutive Grand Final including opening the scoring as Parramatta raced to a 10-0 lead inside 13 minutes.

His second try sealed a 18-6 win and a third straight Premiership for the side in blue and amber.

Players to play for both 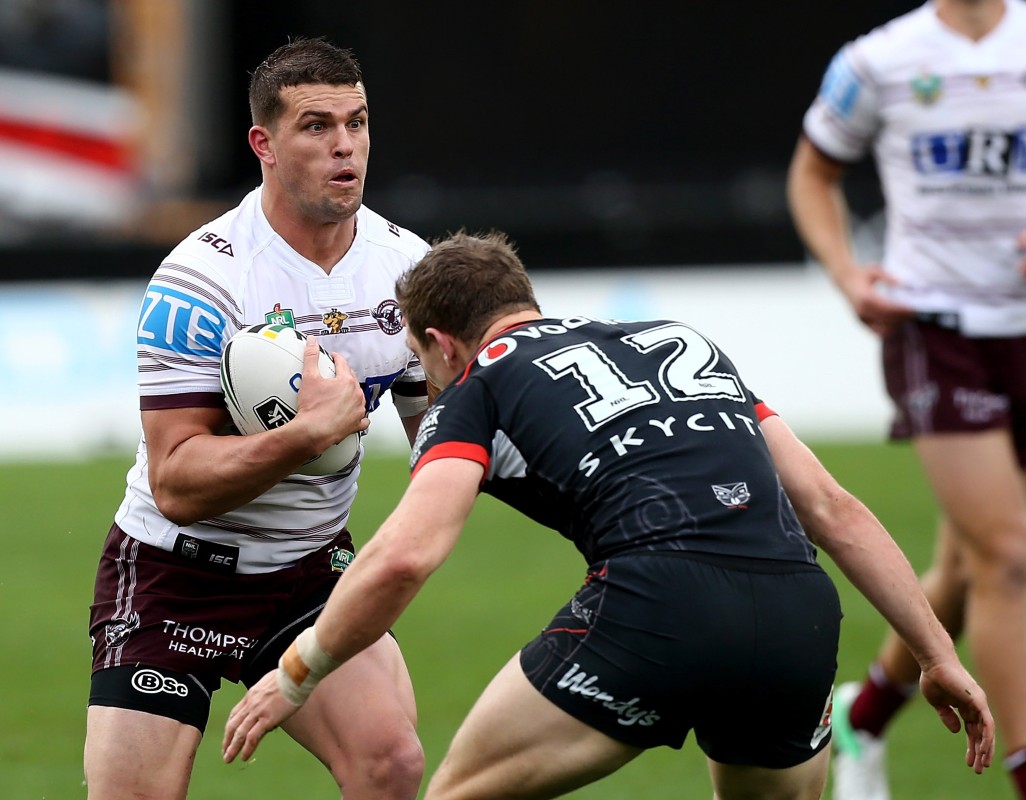 Darcy Lussick started his first-grade career with the Sea Eagles in 2011 but played just one season, making 32 appearances before a move to Parramatta.

He stayed a year longer with the Eels, playing 53 matches for a struggling side who failed to reach the finals during his spell, collecting the wooden spoon in 2013.

His final stint in the NRL came back at Brookvale where he played a further 33 games in a final season which saw Manly finish 13th.

Finishing their NRL career with the two clubs was Joe Galuvao who moved to Parramatta for one year in 2008 and was part of their remarkable run to the Grand Final, their most recent visit, where they lost to Melbourne.

His last club in first-grade was Manly who he played for between 2010-13, making 78 appearances as the Sea Eagles won the 2011 Premiership against the New Zealand Warriors.

However, he was not part of the 2013 side that finished runners up in the showpiece having announced his retirement through injury earlier in the year. 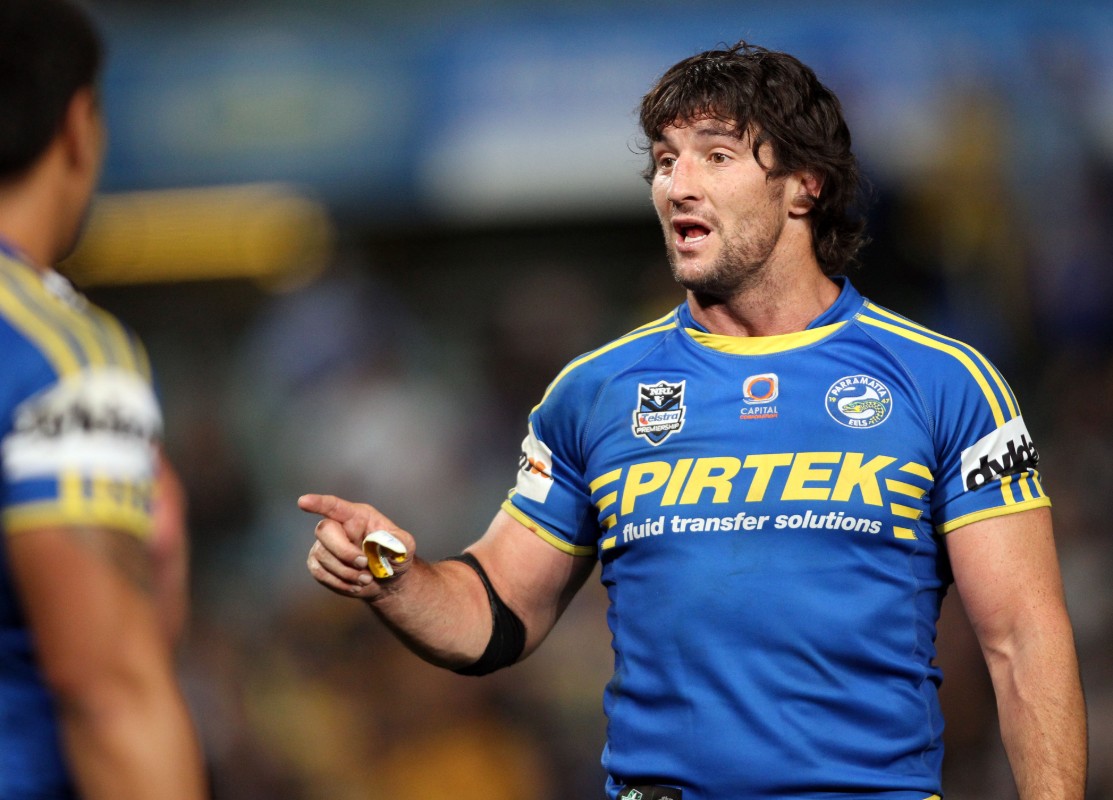 Parramatta’s biggest win is 74-4 over Cronulla in 2003 but their heaviest loss was 68-0 at Canberra a decade earlier.

Twice they have won 12 consecutive matches, between April and July 1964 then from April to June 1977.

The top appearance maker of all-time for Parramatta is Nathan Hindmarsh who played 330 games from 1998-2012 while Luke Burt has scored the most tries for the club with 124.

Parramatta were involved in the maiden golden point match when they faced Manly in 2003, losing 36-34 and they hold the record for the highest scoring drawn match – 34-34 against North Sydney in 1949. 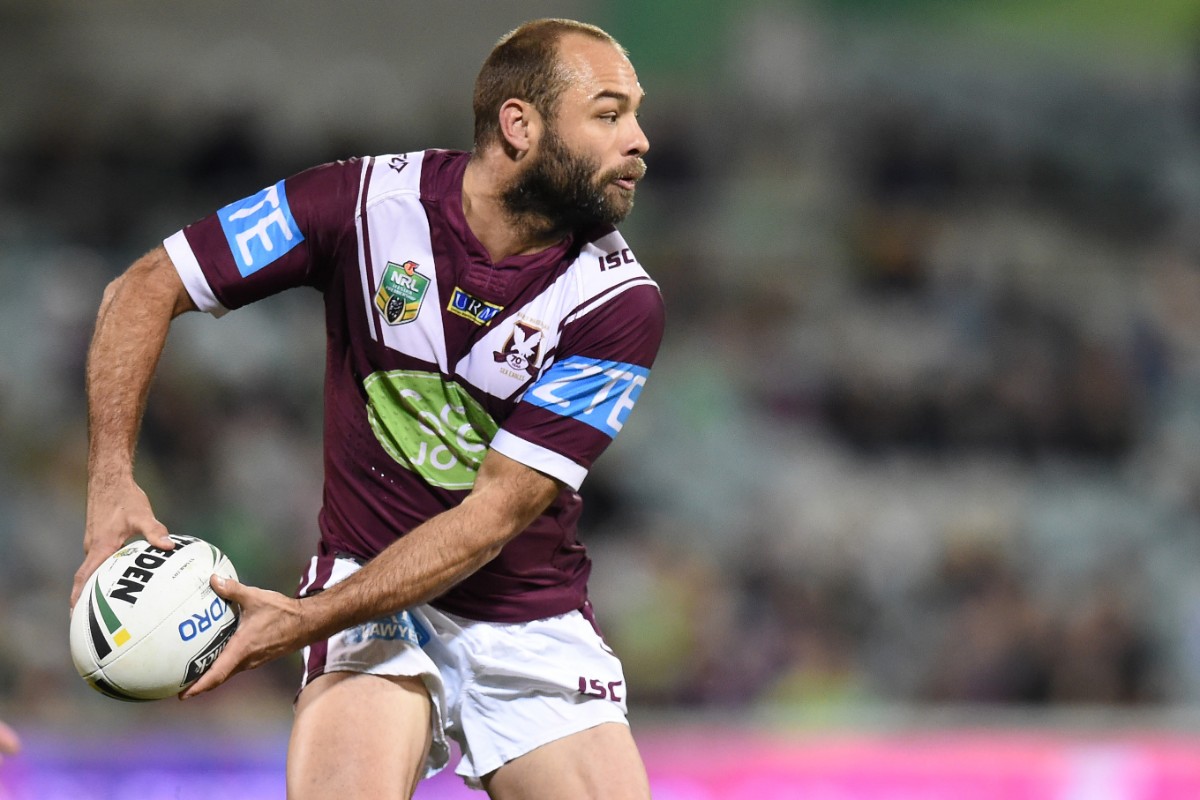 The only current NRL team to have done so, Manly have never received the wooden spoon in their history.

Like the Storm, the run of most successive wins stands at 15 in the 1995 campaign, a record start to a season while they have lost eight consecutive matches in 1950 and 1998-99.

Matt Orford is the only player to win the Dally M Medal while at the Sea Eagles, in 2008.

They hold the record for the biggest margin of victory in a Grand Final when they beat Melbourne Storm 40-0 in 2008.