Skip to content
Google Maps’ Live View feature provides AR-based navigation to those who are walking from point “A” to point “B.” Over a real-time view of the streets ahead of you supplied by the rear cameras on your phone, directions and arrows are overlayed making it easy to walk from place to place. But there is another use for Live View AR according to 9to5Google. There are some areas where Google says that GPS won’t work perfectly, such as urban environments. ?Tall buildings in these environments create interference.
If your GPS is disoriented, your phone’s camera and Street View data can help Google Maps figure out where you are. Tapping on the blue dot on Google Maps brings up a menu with options such as Share your location; Add a missing place; Set as parking location; Download offline map; and if you have the latest version of the app there will be a Calibrate with Live View option. Press on it and you’ll be taken to the Camera UI used by Live View. Point your camera at buildings and signs across the street from you and Google will hone in on your location after a short bit of panning. 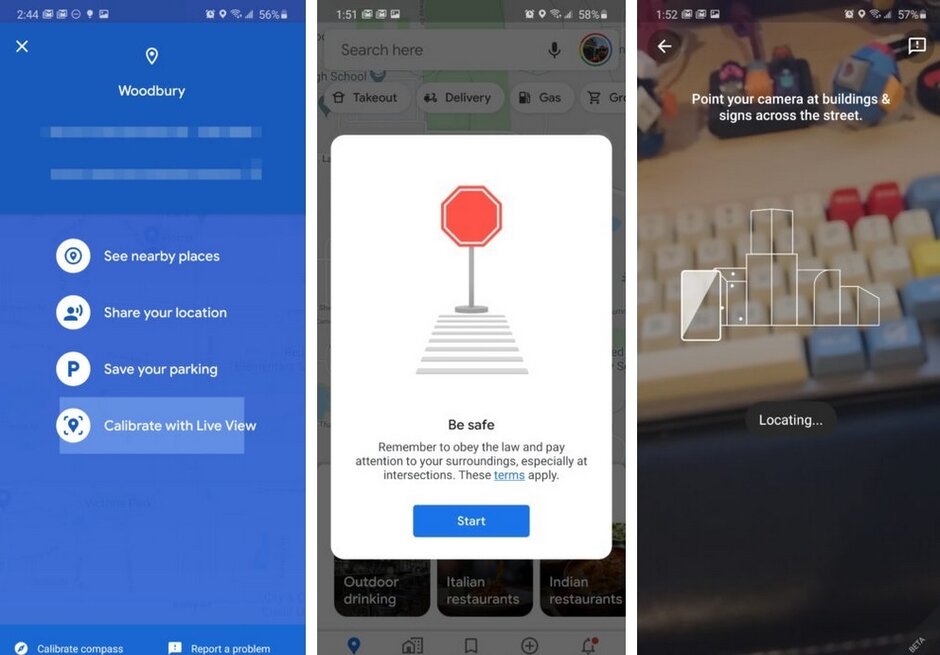 Using Live View, you can calibrate Google Maps to more accurately hone in on your current location

After you follow these steps, the blue dot will more accurately represent your current location. The beam that you see around the blue dot that shows you the direction that you’re heading will get narrower indicating that Maps has a better idea of where you are.

The Calibrate with Live View feature has been found on Android phones that support ARCore. At the same time, the phone should be running the most up-to-date beta or stable version of Google Maps.