Canelo has been out of the ring since November of last year, when he moved up by two weight divisions to capture the WBO light heavyweight title with a knockout victory over Sergey Kovalev, 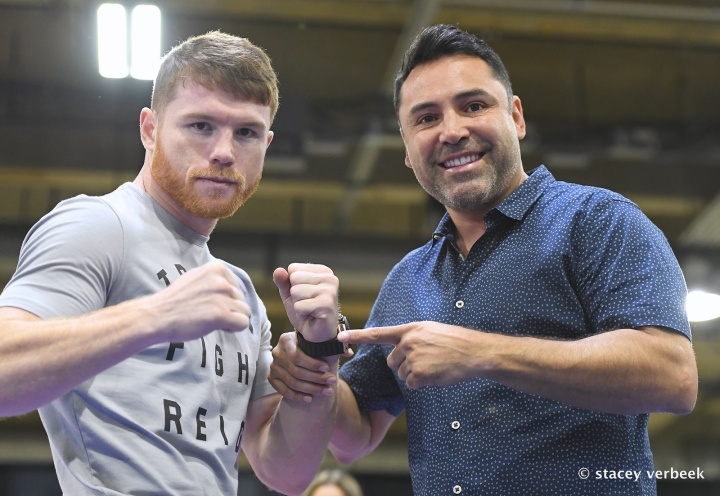 Canelo is expected to fight again in September, but there is no confirmation if that fight will go forward due to the ongoing coronavirus pandemic.

“I have to put Canelo up there at first, just because of who he has been fighting and who he wants to fight. I strongly feel that Canelo is the only guy that wants to fight the very best. Every other fighter, the first question they ask is ‘how much money are we gonna make?’ Canelo doesn’t even ask that he’s just ‘I wanna fight the best’,” De La Hoya explained to ES News.

Lomachenko is expected to fight in the fall, in a unification with IBF world champion Teofimo Lopez. And Crawford might potentially return in the month of October, although his next opponent is unknown.

“Crawford and Lomachenko are tied. I think Crawford has the potential to be a megastar, a superstar because of his abilities, his craft. I think [Lomachenko] is a tremendous fighter and I think he can fight at 140 if he wants to as well and do well,” De La Hoya said.