Junior middleweight Damian Sosa stopped previously-unbeaten Angel Beltran at the beginning of round 8 Friday night at the Fronton Palacio Jai Alai in his hometown of Tijuana, Mexico.

Sosa improves to 15-1, 8 knockouts and has won his last four bouts since suffering his only loss as a pro at the hands of Artem Oganesyan on March 16 of last year.

Beltran was taking a step-up in opposition as he had only faced two fighters with winning records prior to facing Sosa. In his previous bout on December 14, Beltran stopped Adrian Haro Campos in the third round. 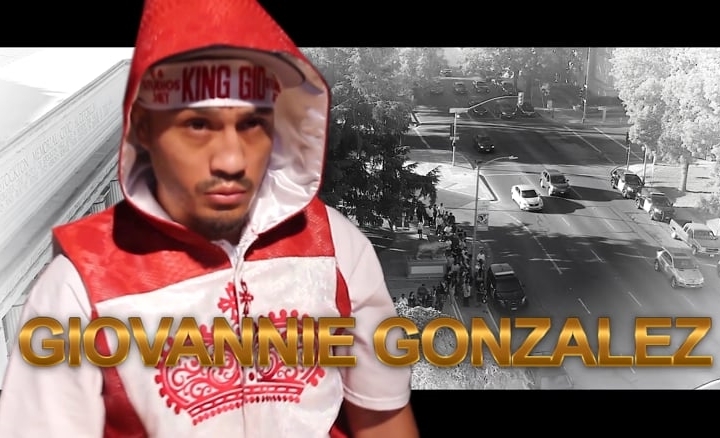 The bigger Sosa landed the more-telling punches throughout the fight. Beltran hung in the pocket with Sosa, but his punch output dropped steadily as the punches from Sosa began to take their effect.

During the middle rounds, Beltran suffered a cut over his left eye, which was deemed open by a punch from Sosa. Beltran was still game, but Sosa’s punches backed him up against the ropes.

Prior to the start of the eighth round, the ringside physician recommended to referee Angel Mendez to stop the fight due to the cut above Beltran’s eye.

In the co-feature that turned out to be the Fight of the Night, lightweight Ivan Pinto remained unbeaten by defeating Giovannie Gonzalez by split-decision over eight rounds.

Both fighters had their moments in a fight that had several ebbs-and-flows. Just as one fighter would connect with a combination, the other would rally with a combination of his own or through counter lefts hooks or right hands to the head.

Pinto was effective at initiating exchanges, while Gonzalez did well countering with right hands to the head. Some of the best action occurred during the middle rounds as both stood in the pocket and traded in the center of the ring.

Towards the end of round 5, Gonzalez stunned Pinto with a right cross to the head. Gonzalez followed up, pinning Pinto against the ropes and letting his hands go, but the bell sounded to end the round, saving Pinto from receiving any more punishment.

During the final two rounds of the fight, Pinto was busier and connected more during exchanges, but Gonzalez landed the more-telling blows. Gonzalez connected with lead and counter right hands to the head as the final bell sounded to end the fight.

Gonzalez, who resides in Stockton, California, drops to 10-5, 8 KOs.

After an even opening round, Flores began imposing his will onto Lemus, walking him down and landing vicious punches to the body. Throughout the fight, Lemus winced in pain anytime a left hook landed to his body, backing away as Flores attempted to follow up.

With about 30 seconds left in the final round, a left hook to the body dropped Lemus to one knee against the ropes. Lemus did beat the count and was able to outlast Flores until the final bell sounded.

In a clash of unbeaten hard-hitting lightweights, Manuel Jaimes Barreto stopped Lorenzo Juarez at the beginning of the fourth round.

Barreto (9-0, 8 KOs), who also resides in Stockton, battered Juarez from the opening bell. The taller Barreto initiated exchanges after walking Juarez down, battering Juarez with combinations to the head. As the bout progressed, Juarez’s right eye was almost shut from the amount of punches he was taking from Barreto.

After the end of the third round, a ringside physician recommended to referee Angel Mendez to stop the fight. As is customary in Mexico, Juarez was counted out as he remained on his stool after the start of the round. Referee Mendez counted Juarez out at 10 seconds of round 4.

Both fighters had their moments from the opening bell, but Alvarado (5-0, 4 KOs) was the more-effective fighter, landing combinations to Acosta’s head and body more consistently throughout the fight.

All three judges scored the bout 59-55 in favor of Alvarado, who also resides in Tijuana.

Lightweight Wade Jones of Stockton defeated Guadalajara’s Hector Hernandez (3-2-1, 1 KO) by unanimous decision over four rounds. All three judges scored the bout 39-37 in favor of Jones, who improves to 4-0, 2 KOs.

Francisco A. Salazar has written for BoxingScene since September of 2012 and has covered boxing in Southern California and abroad since 2000. Francisco also covers boxing for the Ventura County (Calif.) Star newspaper. He can be reached by email at santio89@yahoo.com or on Twitter at FSalazarBoxing