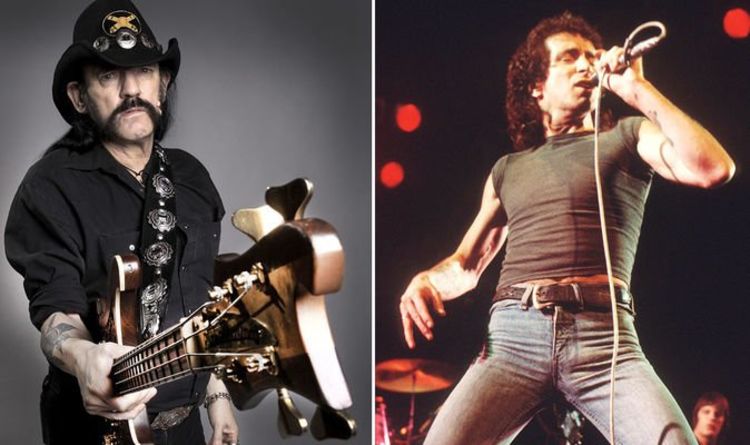 The year he died, Motörhead frontman Lemmy Kilmister gave an interview with AC/DC Beyond The Thunder podcast. Now the 2015 chat has been released in which the then 69-year-old revealed what it was like to support Bon Scott. The original AC/DC singer died in 1980 at the age of just 33 and he truly lived fast before dying young according to Lemmy.

The Motörhead legend said of how he first saw AC/DC before they were famous at a London pub called The Nashville.

The West Kensington watering hole is now called Three Kings and Lemmy saw the Sex Pistols there too; saying he could tell both bands would go on to be huge.

His main memory of early AC/DC was of Bon Scott prancing around with Angus Young on his shoulders.

Asked about meeting the late singer, Lemmy said: “Yeah once or twice.”

Last month a Lemmy biopic movie was announced by the director of the 2010 documentary film on the rock legend.

“Marlboro Reds and Jack Daniel’s for breakfast, speed for dinner – all true.

“But behind that steely-eyed façade of rock n’ roll was also a compelling, complicated and lion-hearted man who stayed the course and never gave up playing the music that made him happy.

“We’ve been carefully developing this biopic since 2013, making sure to stay true to Lemmy, Motörhead band members Phil Campbell and Mikkey Dee, and all the other folks that played important roles in Lemmy’s life. This will be a film they’ll be proud of.”